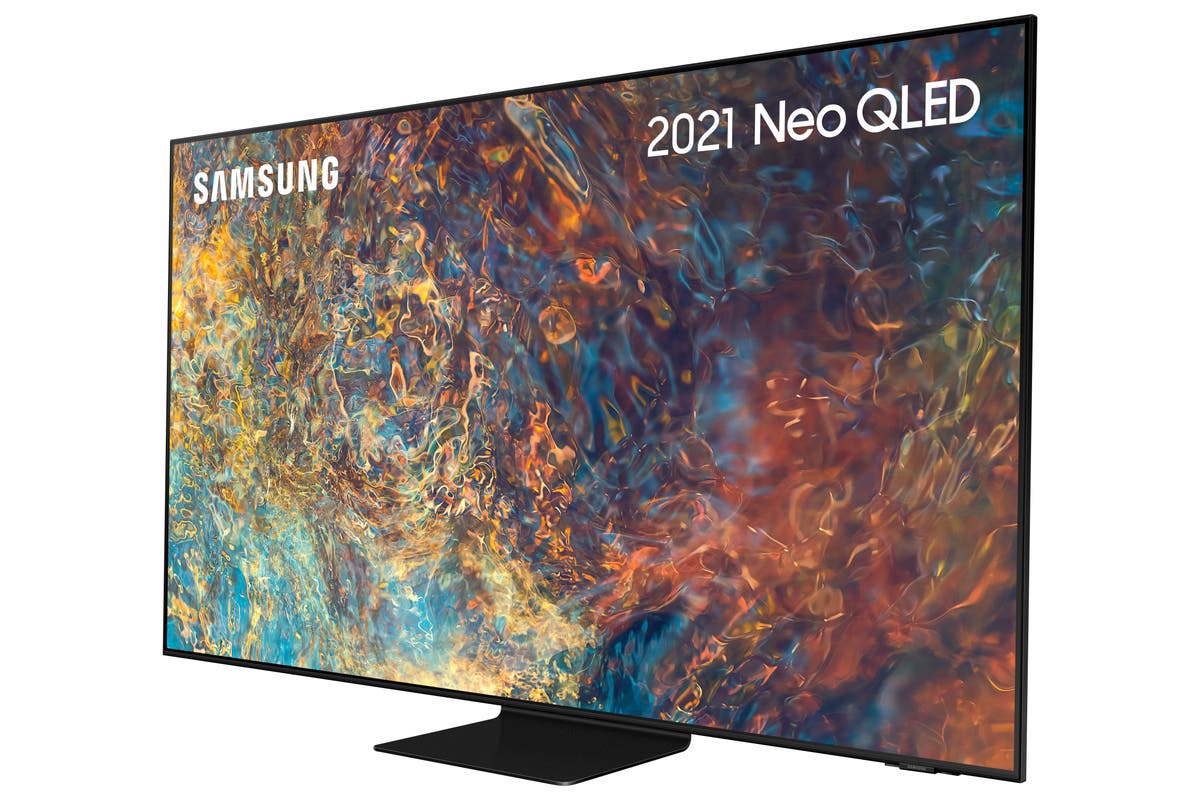 s flatscreen TVs have evolved, they have become bigger, smarter and better designed. So, when you come to upgrade your TV, you need something that’s cutting-edge in every way – such as Samsung’s Neo QLED range.

Available from Currys, Samsung’s Neo QLED TVs match stunning looks with jaw-dropping picture quality. All designs in the range make the most of the brightness that a QLED screen delivers, something that OLED on rival displays simply can’t match, and amplifies the detail with Mini LEDs.

These tiny LEDs mean that each TV has outstanding contrast, with deep-black hues and punchily bright colours instead of the greys and washed-out colours that dogged older LCD screens. As a result, Neo QLED looks amazing – and needs to be seen to be believed.

Get expert advice about the new Samsung TV range at Currys

Currys is a great place to cast your eyes on these state-of-the-art screens. Prepare yourself to be wowed when you experience them in store: not only will these Samsung TVs take your breath away, the passionate and super-informed Tech Experts at Currys will also be able to answer all your questions.

For example, they’ll explain the difference between 4K and 8K. Unlike most rival TVs, Samsung Neo QLED is available in both resolutions, and 8K offers four times the detail of 4K for an even more astonishing picture with faithful colours, realistic skin tones and more. What’s more, the wide viewing angles offered also mean you can sit almost anywhere and see the screen perfectly.

The picture is also optimised to remove motion blur or picture artefacts for the best quality – and works as well for watching sports as playing a video game.

Samsung Neo QLED TVs also look great, as the frame around the picture is almost non-existent. Because they’re amazingly slim, they can be mounted flush against the wall like a painting.

Then there’s the sound, which is designed as though it’s in 3D, with dedicated speakers making the sound move with the action all around the screen. All Neo QLED models can even automatically calibrate the sound to fit your room.

Smart features include Multi View, where you give part of the screen over to mirroring what’s on your smartphone – which is handy for checking scores and more while you’re watching sport, for example.

Netflix, Disney+ and catch-up TV is easy to watch

What’s more, Samsung TVs have a slick interface with a huge collection of smart apps, so it’s easy to watch the latest series on Netflix, Disney+ and catch-up channels. Also, apps such as Samsung Health act a like home workout companion.

The Samsung Neo QLED is a standout TV with remarkable picture and sound quality – and going to the super-informed Tech Experts at Currys gives you peace of mind when you buy.