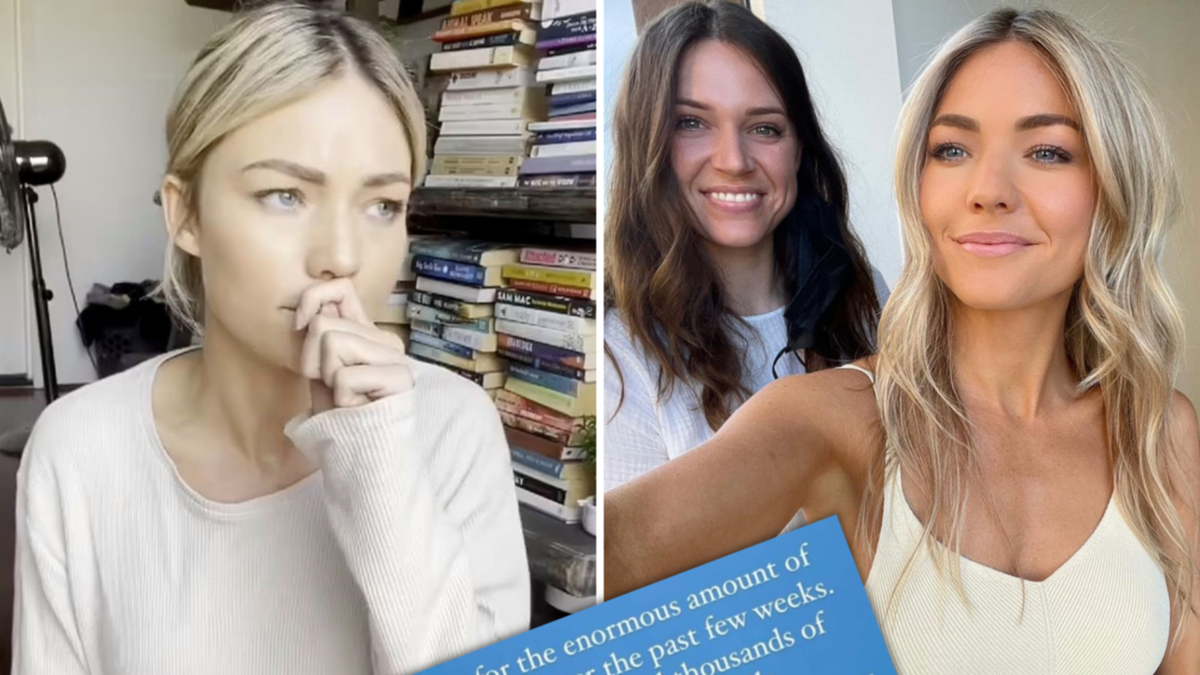 Actress Sam Frost has penned an emotional thank you note to those who have supported her through the “storm” created by a controversial post where she explained why she’s unvaccinated against COVID.

Frost returned to Instagram for the first time since her announcement sparked a furore which caused her to deactivate her account.

She said she had received “thousands and thousands of beautiful messages”.

“Thank you for the enormous amount of support and love over the past few weeks,” Frost wrote on her Instagram Stories.

“I received thousands and thousands of beautiful messages & emails. I appreciate it, more than you’ll ever know.

“Incredibly grateful for my friends, family & work colleagues who held my hand through the storm, and loved me unconditionally,” she added.

Frost posted a snap to her Instagram page at the same time, showing her glowing in a selfie.

“Freshhhh,” she declared in the caption.

‘Don’t back down Sam’

Supporters quickly jumped to offer their best wishes to the star.

“Don’t back down Sam. Integrity is everything. Don’t let anyone take your voice. You’ve got this x,” one fan wrote.

“You are such a beautiful light in this world, don’t ever forget that and hold your values close to your heart. Don’t let anyone dim your light,” another said.

Frost sparked a furore after sharing a candid video earlier in October where she spoke about the jab and her mental health.

“I was really hesitant about doing a video or even speaking up about this sort of thing, but I feel like it’s getting to a point now in the world where there’s a lot of segregation,” Frost said.

“There’s a lot of harsh judgement and opinions being thrown around a lot and it’s taking its toll on my mental health, for sure, and I know people around me are struggling – particularly if they’re on the side that they don’t want to get vaccinated, for whatever reason.

“There are lots of different reasons why people aren’t getting vaccinated and it might be because of their medical history, their concerns, they might have family history, it could be religious reasons.”

Frost then revealed that she has not been vaccinated, clarifying there were a “few reasons” why she has not received the jab.

“I’ve spoken to my doctor and my psychologist about it and I’m going to keep that private,” she added.

“So I have spoken to a medical professional and that’s my decision.”

Breaking down in tears, Frost added it was particularly difficult as she felt others’ judgement.

“And you’re too scared to talk about your opinion or your feelings and part of you wants to go, ‘Well it’s none of your damn business why I’m not! And there’s good reasons why I’m not but I don’t want you to judge me’.

“I wish there were more people who made us feel like we are less alone,” she said.

“I hope that this segregation disappears and that people treat each other like human beings with kindness and compassion and empathy.”