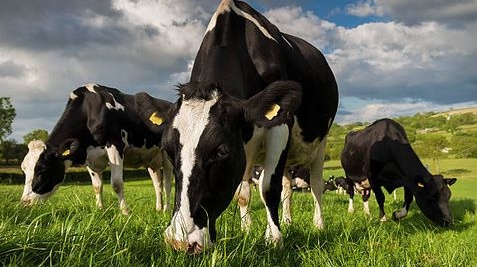 The national herd is unlikely to need to be culled to meet the State’s carbon emissions targets and is instead likely to reduce naturally, Minister for Climate Eamon Ryan said on Tuesday.

He was speaking the day after two five-year carbon budget plans were published by the Climate Change Advisory Council (CCAI).

These set out targets each year for reducing carbon emissions as part of an overall plan for Ireland to cut emissions by more than 50 per cent by 2030.

For context, the CCAI is using 2018 data as a baseline for the reduction and in that year Ireland emitted 68.3 million tonnes of CO2.

A 1 per cent cut amounts to 683,000 tonnes, which is the equivalent of taking 250,000 diesel cars off the road, or 170,000 homes no longer using oil fired central heating, or 500,000 return flights from Dublin to New York, if these were measures that the Government decided to pursue.

How these reductions are going to be achieved on a sector by sector basis will now be decided and the targets for each sector will be contained within the Government’s climate plan which will be released on November 3rd.

Mr Ryan will bring the details of that to the COP26 conference in Glasgow.

Mr Ryan said the targets were ambitious and based on science not politics, to protect the planet and to protect people.

He said the advantage of five year budgets is they would allow progress to be monitored. All parties involved needed to assess the proposals and different sectors would require different changes, he said.

The Minister said the change in farming would take the most time, but said it was an opportunity for a new generation of farmers to try new methods that would protect the land.

Marie Donnelly, chairwoman of the Climate Change Advisory Council, said Ireland’s national herd was “very large – it’s more than our population of people. And it is going to be a challenge. It’s one that we’re going to have to look at very seriously.”

Transport will be the most difficult sector as it will require 50 per cent reduction in emissions, energy will also require a significant reduction, Mr Ryan said.

The high cost of fossil fuel and reliance on other countries for supply highlighted how it was better to “tap into our own power sources”. That would be more competitive and mean more control.

Mr Ryan also predicted the cost of electric vehicles would reduce in the next two years, he added. The Minister said there was a need to move public transport services closer to people while remote working would reduce the need to commute.

Mr Ryan accepted that people were fearful of what the changes might mean but said it was up to Ministers to explain how the changes could lead to a better society and economy. “Irish people are up for it,” he said.

Ms Donnelly said the way the carbon budgets were constructed meant the action takes place now and benefit will come in the second budget period, from 2026 to 2030.

She told RTÉ radio the Government would now have to decide on emissions ceilings for each sector.

With regards to agriculture she said there were three main types; carbon dioxide, from diesel and petrol in tractors, nitrous oxide, from fertilizer and methane from cattle and from sheep.

“We may have to deal with a very difficult issue of linking activity levels in agriculture to methane emissions, and addressing that as a serious challenge.”