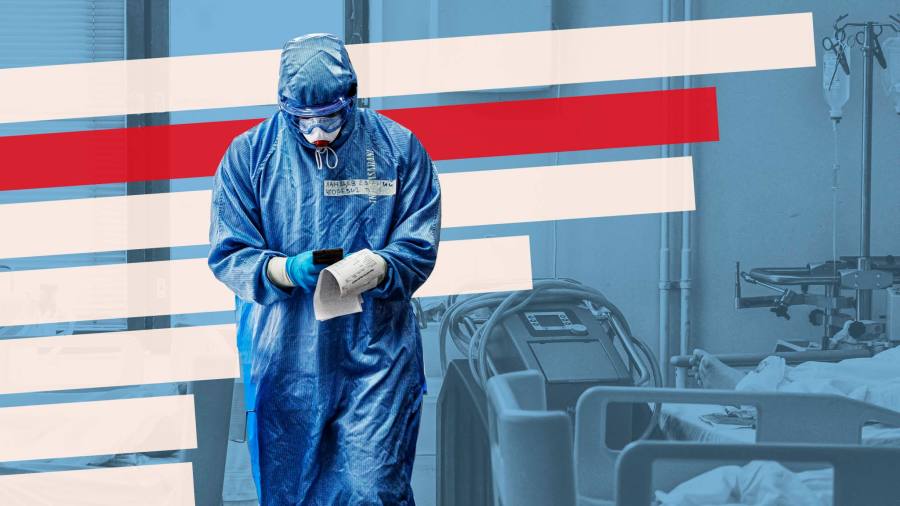 Russia has recorded 753,000 excess deaths during the coronavirus pandemic, one of the highest tolls in the world, according to analysis of government data by the Financial Times that highlights the stark impact of the disease as the country imposes fresh restrictions to curb its spread.

The figure, used by demographers to measure the real impact of pandemics, covers the period to the end of September. It is calculated by comparing total mortality figures collected by statistics agency Rosstat since the emergence of Covid 19, with historical trends. It shows that Russia ranked second to the US in terms of absolute number of excess deaths and third behind Peru and Bulgaria on a per capita basis.

Excess deaths differ from official Covid-19-related figures published by state agencies in Russia. Rosstat publishes its own monthly Covid-19 death toll, estimating that 462,000 people had died of the respiratory disease as of the end of September. The country’s inter-agency coronavirus task force, a body including ministers and other officials designed to co-ordinate the pandemic response, attributed 203,549 deaths to the disease at the end of September.

Both agencies say they use different approaches to collect the data. The task force receives daily updates from hospitals on cases where Covid-19 was the evident primary cause of death, with no closer examinations. Rosstat gets monthly data from civil registries, which it says take into account follow-up examinations.

The health ministry did not respond to a request for comment. Rosstat said it did not comment on others’ calculations as it could not see the methodology.

Russia’s soaring death rate follows a struggle by authorities to boost its sluggish vaccination campaign and persuade people to use caution in public places.

“The population acts as if it has no idea, or it doesn’t care any more, while people have started dying like flies. It’s a catastrophe,” said independent demographer Alexey Raksha, a former Rosstat employee who lost his job after criticising the agency’s handling of Covid data. He said he expected average life expectancy to fall from 2019 levels of just above 73 years to about 69 years as a result of the pandemic.

Bars and restaurants in central Moscow were packed last Wednesday evening, the last night before the start of an 11-day “non-working week” in the capital, during which non-essential shops, schools and entertainment venues will be closed. Other regions are imposing similar measures.

Officials hope the fresh restrictions will reinvigorate the vaccination campaign. Since January, when Russia started rolling out its domestically produced vaccines — including Sputnik V — 32 per cent of the population has been fully vaccinated, according to Gogov.ru, which compiles data from local governments and media. That compares with a 65 per cent vaccination rate in the EU.

There are signs the announcement of restrictive measures is bearing fruit: the number of people getting their first shot rose 60 per cent in the past week compared with the previous week, according to Gogov.ru.

The low vaccination rate has frustrated officials. The Kremlin has alternated between admonishing the population for its “total nihilism” and acknowledging a degree of responsibility.

“There’s a tradition — blaming everything on the government,” Kremlin spokesman Dmitry Peskov was cited by the state-run TASS news agency as saying in October. “And, of course, not everything was done that should’ve been, in terms of communicating the importance of vaccination and the lack of alternatives.”

“At the same time, a more responsible position on the part of all citizens of the country is needed too,” Peskov said.

Alexey Repik, chief executive of R-Pharm, one of the manufacturers of Sputnik V doses, said the export demand for the vaccine was “colossal”. “The problem we have is that (Russian) people are not protecting themselves,” he said.

Polls point to a deep distrust of coronavirus vaccines that some say has been exacerbated by the government’s approach — including by racing to be the first country to announce it had authorised a Covid-19 shot (Sputnik V).

“The campaign was handled incorrectly from the start, because vaccines entered the Russian market before the conclusion of large-scale clinical trials,” said Alexey Erlikh, head of cardiology at Moscow’s Hospital 29, which has twice been a hub for treating Covid-19 patients. “This seriously undermines trust.”

How the FT calculates excess deaths

To arrive at the figure of 753,000 excess deaths during the pandemic for Russia, the FT used monthly all-cause mortality data from Rosstat to calculate the total number of deaths recorded in each month since the country recorded its 100th case, and then subtracted from this the number of deaths that would have been expected to occur had the pandemic not taken place.

The baseline level of expected deaths in any given month was calculated by first performing a linear regression on the number of total annual deaths recorded in Russia over time, which generated projections for Russia’s total annual deaths in 2020 and 2021, and then apportioning these across the months of the year in line with the seasonal patterns observed in the historic data.

The same method has been used in all of the FT’s excess deaths calculations since December 2020, and is applied consistently to all countries.