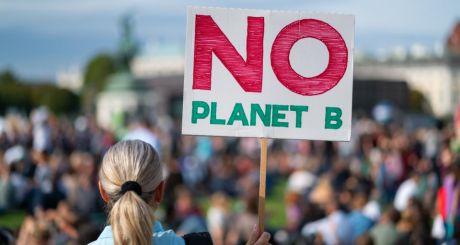 Russia has vetoed a United Nations Security Council resolution on climate and security brought forward by Ireland and Niger, which was co-sponsored by 113 member states.

The Government has expressed regret the decision of one country to use its veto to block the move.

“We are disappointed by the outcome of today’s vote on the first-ever UN Security Council resolution on climate and security,” said Minister for Foreign Affairs Simon Coveney.

He added: “We regret the decision of Russia to use its veto to block the adoption of this ground-breaking resolution. We believed the weight of evidence and clarity of argument would bring the Council to consensus. However, despite months of consultations, and the strong support of the majority of UN member states, this was sadly not the case.”

The resolution was drafted and negotiated by Ireland and Niger following the council meeting on climate and security chaired by Taoiseach Micheál Martin on September 23rd in New York during Ireland’s presidency of the council.

“The impact of climate change is global and our collective security is at risk,” Mr Martin said.

The resolution sought to take action to prevent conflict posed by climate change and to make the issue a permanent fixture on the council’s agenda – Russia and China at that point were reported to be against the move.

“The resolution sought to consolidate the climate and security agenda within the council’s programme of work. Its adoption would have been an important first step in establishing a strengthened framework for future action,” Mr Coveney explained on Monday.

Ireland and Niger, who jointly lead the Expert Group on Climate and Security, guided extensive consultations on the text for over the past two months, securing the support of 12 council members. In spite of strong support from more than 100 co-sponsoring countries, Russia – a permanent council member – voted against the resolution, along with one elected member, India.

“Although this is disappointing, the process confirms that the majority of UN member states believe the council should factor the security risks of climate change into its decision-making,” Mr Coveney said.

Ireland had committed to advancing the issue of climate and security during its time on the council, and this work represented a major step forward, he said.

“It has highlighted the relevance of climate risks to international peace and security, and Ireland’s commitment to engaging constructively on such a key issue. We have consolidated support at the UN, and can galvanise work to focus on this issue in the future.”

The question of the security implications of climate change would not go away, the Minister said. “Recent analysis could not be more clear – the adverse effects of climate change are only going to worsen, contributing to insecurity and exacerbating conflict. It is telling that 80 per cent of UN peacekeepers are deployed in countries that are the most exposed to climate change.”

Ireland would continue to prioritise inclusion of climate “in relevant council products, and we will work to advance this agenda for the remainder of our time on the security council and beyond”, he added.

The council has considered climate security since 2007 and acknowledged environmental challenges, such as droughts and degradation of agricultural land in fuelling conflict – notably in areas such as the Sahel and Horn of Africa. But it has not laid out a systemic approach in assessing risks and responding to them.

A senior Pentagon official warned recently the US military was “not ready” to handle climate change, a national security issue that touched nearly every aspect of defence department planning.

“We are not where we should be, and now is beyond the time when we need to get in front of that challenge,” deputy defence secretary Kathleen Hicks told CNN.

Beyond rising sea levels and extreme weather, climate change has opened up new areas of strategic competition like the Arctic and intensified the competition for scarce resources, she noted, such as the raw materials required to make the lithium-ion batteries crucial to electric vehicles.