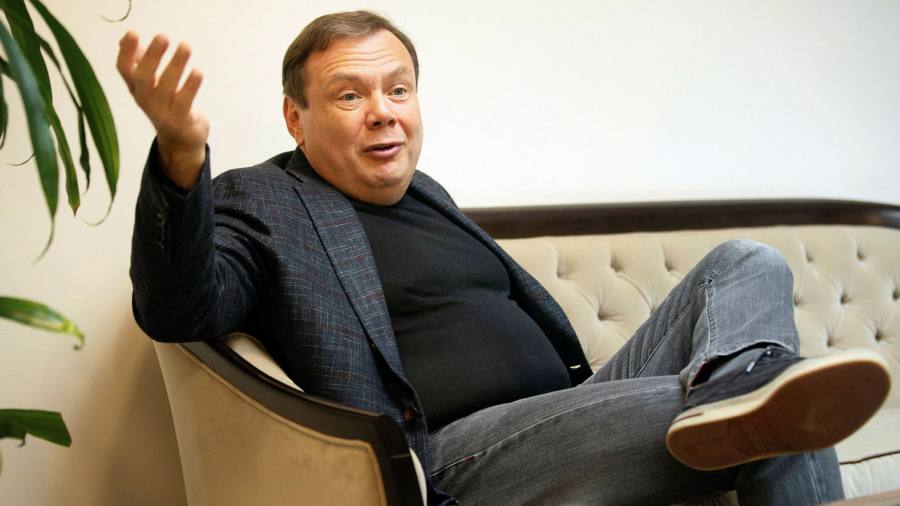 Russian billionaire Mikhail Fridman has warned that moving too fast from gas to renewable energy would be “dangerous and irresponsible”, arguing that the recent energy crisis can be partly blamed on the industry being undervalued.

Fridman said he would invest more in alternative energy to reduce the carbon impact of his oil and gas empire.

But he cautioned against switching off gas supplies too quickly, saying the recent price surge reflected a lack of investment by companies given the “huge public pressure for decarbonisation”, and the signal this gave to investors and banks “to cut the relationship with oil and gas business”.

He expected gas would be important for the energy mix for “dozens of years”.

“Transition is a very complicated and very challenging process,” he told the Financial Times in an interview at his Mayfair headquarters. “For the time being, we don’t have any viable alternative to living without gas.”

Fridman is one of Russia’s richest businessmen but spends half his time in the UK. LetterOne, his holding group, has more than $10bn to invest, and will announce its latest deal with a UK-based recycling business next week.

The company’s pre-tax profit for 2021 is expected to exceed $5bn.

Fridman has extensive holdings in Russia through Alfa Group, which he co-founded in 1991, but set up LetterOne with his partners in London in 2013 using $14bn raised from the sale of a stake in oil firm TNK-BP to Rosneft.

LetterOne’s largest business is its energy division, which is chaired by former BP boss John Browne, but the investment group has a sprawling portfolio spanning telecoms, energy and retail businesses.

Fridman’s long-term strategy is putting his company at odds with other investors in the sector.

He signalled a forthcoming wrangle over the future of Wintershall Dea, Europe’s largest independent gas and oil company, in which LetterOne owns a third, alongside the majority shareholder BASF.

Fridman pointed to the pressure the German company had faced from investors and activists over its stake in the gas producer, and said there was “a distinction in approach” between LetterOne and BASF. BASF wants to sell its stake in the 127-year-old German business through an IPO, but LetterOne wants “to build a long-term strategy”.

“For us, it’s a [long-term] mission to hold the business in the right direction. For BASF it’s a bit different,” he added.

LetterOne is unlikely to sell out in any IPO at this point, and will not block the process, but could support a sale of part of the company to a private equity buyer.

Fridman wants to support the company’s hugely profitable gas business alongside investing in renewables businesses and technology that “diminishes the negative environmental damage”.

He said: “Let’s try to combine these two approaches.”

In the UK, LetterOne is investing up to £1bn in fibre broadband in a regional infrastructure company called Upp, and in the healthcare sector it owns retailer Holland & Barrett, which Fridman said would have a new business model orientated towards services alongside products.

He said the general environment in the UK for oligarchs had “deteriorated because of the stand-off between Russia and the west”, but added that “on a personal level, it’s become a bit more friendly, because people made a distinction between the general Russian oligarchs label and us personally”.

Even so, he said there was a “kind of competitive disadvantage as a Russian” that required “additional efforts to convince people that we are doing things right”.

The billionaire said he did not intend to give his five children any of his wealth, describing it as “dangerous” to inherit so much money and important that they made their own way.