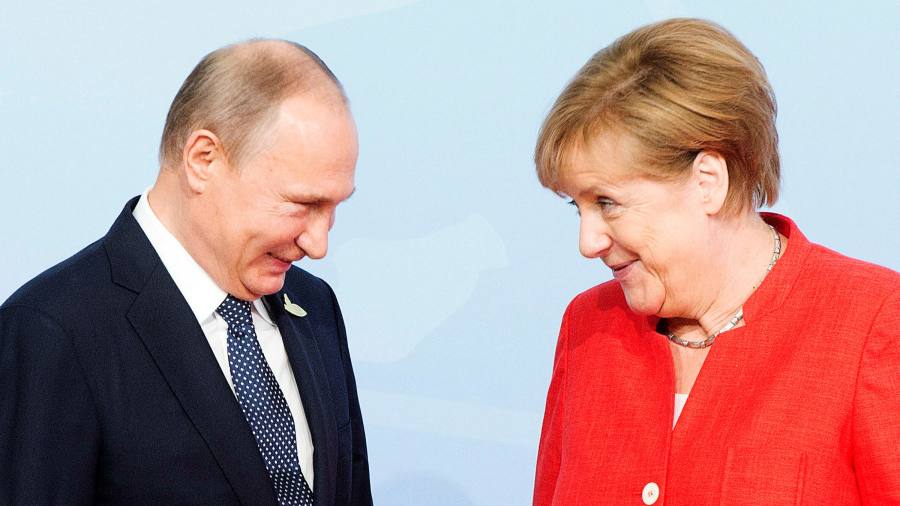 “Probe with a bayonet; when you encounter mush, push on; if you find steel, pull back.” This description of how Russia seeks to expand its influence abroad is attributed to Vladimir Lenin. But it could have been coined by Vladimir Putin. The Russian president is testing the resolve of the west with what US intelligence says are advanced preparations for a possible invasion of Ukraine.

Having convinced its allies of the seriousness of the threat, Washington is trying to rally them behind a package of tough sanctions and countermeasures to deter Moscow from any further aggression. While it is unlikely that they would deploy their own forces or even provide significant weaponry to help Kyiv defend itself, the idea is to underline to the Kremlin the costs of a military intervention.

Much will hinge on Berlin’s appetite for punitive measures against Moscow. It has taken some American effort to persuade Germany that there is real intent behind Russia’s mass deployment of troops and materiel along Ukraine’s border. Now Berlin appears to be on board with the US assessment, the discussion moves to deterrence and the potential hit to German economic interests that may follow if western allies have to follow through on a sanctions threat.

Russia’s menace poses the first real foreign policy test for Germany’s incoming chancellor Olaf Scholz and his “traffic light coalition” of social democrats, greens and liberals. It will give an early indication of how the new government will depart from the patient diplomacy and continued engagement of the Angela Merkel years.

“Nobody in the EU was as capable of dealing with Vladimir Putin through back channels as Angela Merkel,” says Cathryn Clüver Ashbrook, director of the German Council on Foreign Relations.

It will also test the arguments put forward by critics of Berlin’s foreign policy that a century of German fears, sentimentality, and guilt towards its giant neighbour have left it deluded about Moscow’s real intentions. “Germany’s historically conditioned reflexes have distorted its view of Russia and continue to inhibit its behaviour,” John Lough argues in his new book Germany’s Russia Problem.

The coalition contract published last month reflects the more hawkish views of the greens (and to a less extent liberals) about Putin’s threats to international peace and clampdown on civil liberties at home. Relations with Russia come after expressions of support for the people of Belarus in their struggle against tyranny and for Ukraine’s territorial integrity. It makes a point of acknowledging the deeper security concerns of Germany’s eastern EU partners.

“We will take into account different threat perceptions and focus on a common and coherent EU policy towards Russia,” it states. But it also recites pieties about constructive dialogue and engagement. And it commits Berlin to “address the interests of both sides” when it comes to international security — a formulation that bears the fingerprints of the so-called Putinversteher, or Putin-whisperers within Scholz’s party.

There is no mention of the Nord Stream 2 pipeline, let alone a mandate to stop it, as the Greens would have liked. Instead, the issue has been handed to Germany’s network regulator, who can only certify it if it fully complies with EU energy legislation, which requires unbundling ownership of the pipeline and transparency of pricing. This has raised the hopes of the project’s critics, especially Ukraine’s gas operator, which stands to lose billions in transit fees if the Baltic Sea pipeline goes ahead. “It will be very difficult for Gazprom to comply without changing its business model,” says Yuriy Vitrenko, the head of Ukraine’s Naftogaz.

Ultimately, it is Scholz as chancellor who will call the shots on Russia and he will have learned from Merkel’s experience, says Clüver Ashbrook. As a former finance minister, he may be better able to withstand pressure from business over deeper economic sanctions against Russia. But there is unlikely to be any sudden German conversion to the need for a steely deterrent against Russian aggression. “The biggest problem right now is that German population doesn’t sense the urgency,” says Clüver Ashbrook. “It doesn’t see the threat potential.”