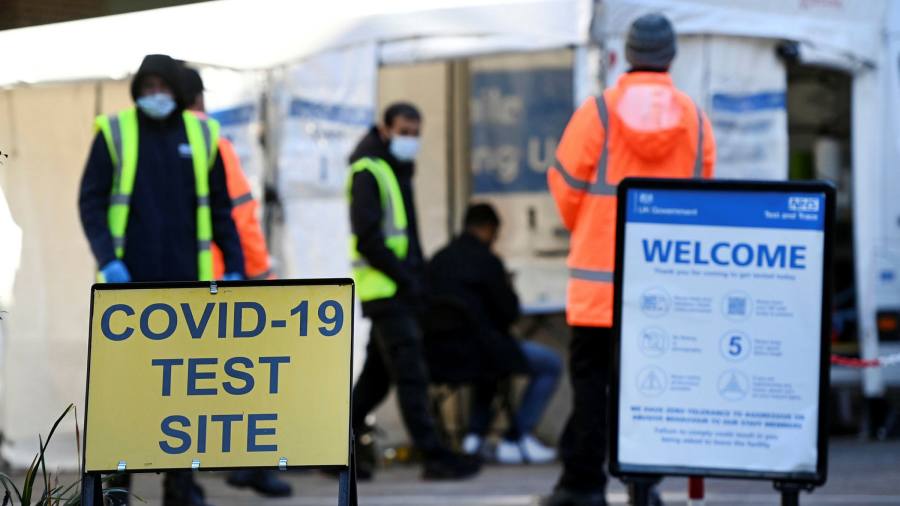 Europe is experiencing a surge in coronavirus infections to levels not seen in months, alarming health officials and sparking fears that the continent could be engulfed by a new wave of the pandemic this winter.

Hans Kluge, regional head of the World Health Organization, said the pace of transmission across Europe, as well as Central Asia, was a “grave concern”, adding that the region was moving back to the “epicentre” of the health crisis.

“Today, every single country in Europe and Central Asia is facing a real threat of Covid-19 resurgence, or is already fighting it,” he said.

Germany on Friday reported 37,120 new infections, its largest daily increase since the start of the pandemic. The incidence of infection now stands at 169.9 per 100,000 people over seven days — a level not seen since the peak of the third coronavirus wave in the spring — while the number of Covid patients being treated in German intensive care wards is the highest since May.

The fear is that the surge in cases will place Europe’s health systems under fresh strain after months when the virus, if not fully defeated, appeared to be in abeyance.

Explaining the sharp rise, experts said the onset of colder weather had prompted people to spend increasing amounts of time indoors, where the virus can spread more easily. They also cited stubbornly high vaccine hesitancy and waning immunity among those who had been inoculated.

Studies show the risk of breakthrough infection roughly doubles five months after a second jab. The new Delta coronavirus sub-variant, which appears to be about 10 per cent more transmissible, may also be playing a role, along with fatigue with mask wearing in public places. Studies have shown mask wearing reduces viral transmission.

Antoine Flahault of University of Geneva’s global health institute noted the “devastating” surge in new cases in central and eastern Europe over recent weeks and the “alarming” death rates there. From the east, “this pandemic wave is now spreading towards western Europe”, he said.

He also pointed out that although new infections were rising in countries such as the Netherlands, Austria and Belgium, all had relatively low mortality and hospital admission rates, for now.

Fergus Sweeney, head of the clinical studies division at the European Medicines Agency, said it was “very concerning” that the continent’s key metrics — cases, hospital admissions and deaths — were all rising as winter approached.

He urged all Europeans to get vaccinated or complete their vaccination course. “We’re not all protected until everyone is protected in that respect,” he said.

Governments have responded to the rising caseload by considering tighter restrictions for the unvaccinated, amid growing frustration at flatlining immunisation rates and the refusal of a sizeable minority to get the jab.

Jens Spahn, Germany’s health minister, said the flagging inoculation rate was the key reason behind the surge in cases. “We’re experiencing above all a pandemic of the unvaccinated,” he said this week.

Germany’s vaccination rate lags well behind countries such as Italy, France and Spain.

While Spahn also spoke of an urgent need to speed up the distribution of booster jabs, the committee advising the government on the issue has recommended these should be administered only to the over-70s as well as staff and residents of care homes.

The Covid surge is particularly pronounced in central and eastern Europe, where vaccination levels are lower than in the west of the continent. Slovakia, where just 46 per cent of the population is fully immunised, recorded 6,713 new cases on Thursday — its highest number of daily infections since the pandemic began.

In Poland, where 53 per cent of people are fully vaccinated, the number of new cases jumped almost 50 per cent on Thursday, having already quadrupled in the preceding three weeks. Hospital admissions have also been rising sharply, having trebled in the past three weeks in Poland and more than doubled in Slovakia.

In the Baltic states, Latvia has reintroduced lockdown measures for at least a month while both Latvia and Estonia have had the world’s highest number of cases per capita in recent weeks.

Romania, where only a third of the population is vaccinated, has had the world’s most deaths per capita in the past seven days. Bulgaria, the least-vaccinated EU nation, reached a new record of daily Covid deaths this week.

Greece, where intensive care wards are at 84 per cent capacity, up from 67 per cent a month ago, is among the EU countries to tighten restrictions in response to a surge in new cases. All unvaccinated people will from Saturday be required to show a negative test to enter indoor public spaces, including banks, most shops and government buildings.

The Netherlands said this week it would reintroduce restrictions to curb the fastest rate of new infections since July, after new measures were also introduced in neighbouring Belgium.

In France, infections have been climbing slowly from a low base since their trough in early October. Even with high vaccination rates, the number of people newly hospitalised for Covid began to tick up in the last week of October after eight weeks of declines. Schools in about half the country’s departments have brought back mask-wearing requirements for children.

Absenteeism and difficulty filling jobs are also pressuring hospitals’ ability to treat patients, with one recent study showing that about 20 per cent of beds were closed because of labour shortages. France’s booster campaign has also been slow to get off the ground.

UK hospital admissions have remained steady at about 1,000 a day, while about 150 people per day are dying from Covid.