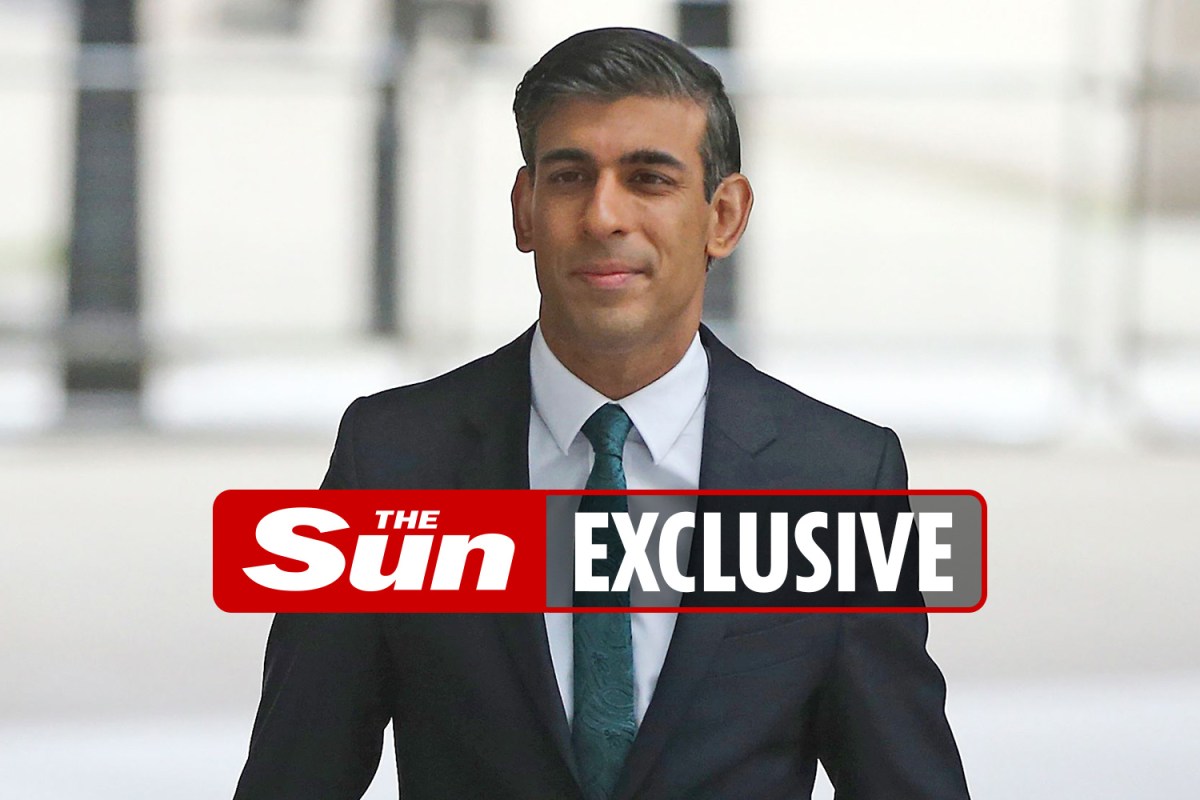 RECORD petrol prices have forced Chancellor Rishi Sunak to ditch a 2.84p budget hike in fuel duty — a win for The Sun’s Keep It Down campaign.

The average forecourt price per litre hit a record 142.94p on Sunday, with soaring oil prices and retailers blamed for hiking prices.

But MPs say they have been privately assured by the Treasury that the scheduled 4.9 per cent rise for 2022 will not go ahead.

In a major victory for The Sun’s “Keep It Down” Campaign, the duty will be frozen for the second time this year.

Chancellor Rishi Sunak was forced to abandon the planned hike in tomorrow’s Budget after petrol prices hit a record high.

The average forecourt price per litre hit 142.94p on Sunday, with soaring oil prices and retailers blamed for putting up prices.

Yesterday the PM’s official spokesman also dropped a massive hint of the move, saying: “We recognise rising fuel costs are a challenge for the British public.”

He urged fuel providers to make sure they put drivers before profits, saying: “We would always want to see providers ensure they are providing good value to customers.”

The RAC said retailers have increased their profit margins by 4p a litre, from around 5.5p in April last year to 8.59p.

They claimed smaller, independent ones were trying to rebuild profits after the steep fall in sales prompted by the first UK lockdown last year.

But they also say the increase was partly due to a doubling of the oil price since last year.

Brent Crude, the international benchmark, now stands at more than $86 a barrel.

Some analysts believe the oil price could rise further.

This is due to high demand as economies recover from the Covid pandemic — and the Opec-Plus group of oil producing countries not increasing supply.

The AA said: “Whether it’s down to oil producers, market speculators, Treasury taxes or struggling retailers trying to balance their margins, record pump prices must be saying to drivers with the means it’s time to make the switch to electric.”

Its fuel price spokesman Luke Bosdet added: “As for poorer motorists — many of them now facing daily charges to drive in cities — there is no escape. It’s a return to cutting back on other consumer spending, ­perhaps even heating or food, to keep the car that gets them to work on the road.”

The Chancellor has been under huge political pressure not to raise fuel duty.

Dozens of MPs from Northern Tory pressure group the NRG wrote to him saying: “Those in the North rely on cars to go to work, to take their children to school, and to put food on the table.

“Any rise in fuel duty puts a barrier in the way of people accessing well-paying jobs and taking care of their families. Cars for our constituents aren’t a luxury Chancellor, they are a necessity.”

Howard Cox of FairFuelUK said: “The last 12 months of eye-watering pump prices, seriously made worse by opportunistic fuel supply chain wholesalers, has given the Exchequer an unforeseen VAT windfall of more than £1billion: the equivalent of 3p of fuel duty.”

He said the Chancellor could use the extra VAT to reduce the duty.

Drivers across the country have voiced fury over the rise in fuel prices.

Victoria Bartlett, 49, of Thornhill, Hants, said: “The prices are ridiculous.

“I have to go to have cancer treatment once a week but every three weeks it’s twice a week. I have to be able to do that and my usual errands on £15 a week. If the prices go up any more, I don’t know what I’ll do.”

Lana Fisher, 52, a carer from Southampton, added: “It feels like a rip off — 140.9p a litre and this is the cheapest one around here.”

“No fuel, no movement. The price of fuel on a low income is dreadful.”

WHAT has caused the rise?

Key is the jump in the cost of oil, which has doubled from around $40 a barrel a year ago to $85 now. Demand has soared as lockdowns ended.

Are forecourts increasing profits too?

Yes they are — taking 7.5p per litre, 2p more than at the start of lockdowns.

They argue they are making up for lost earnings during lockdowns when demand for unleaded and diesel slumped.

The new greener fuel uses 10 per cent ethanol rather then five.

Since ethanol is more expensive than petrol, it added around a penny a litre to pump prices.

Will prices go up after the Budget?

Hopefully not. Rishi Sunak has indicated duty will be frozen, but there will not be the cut in VAT motoring groups want.

However, the cost of crude oil — a key factor in determining pump prices — could rise further unless supplies are increased by Opec oil producers such as Saudi Arabia.

What can I do?

If you can’t drive less, then use a service like PetrolPrices.com to find the cheapest in your areas.

Supermarkets, and Asda in particular, tend to be cheapest.