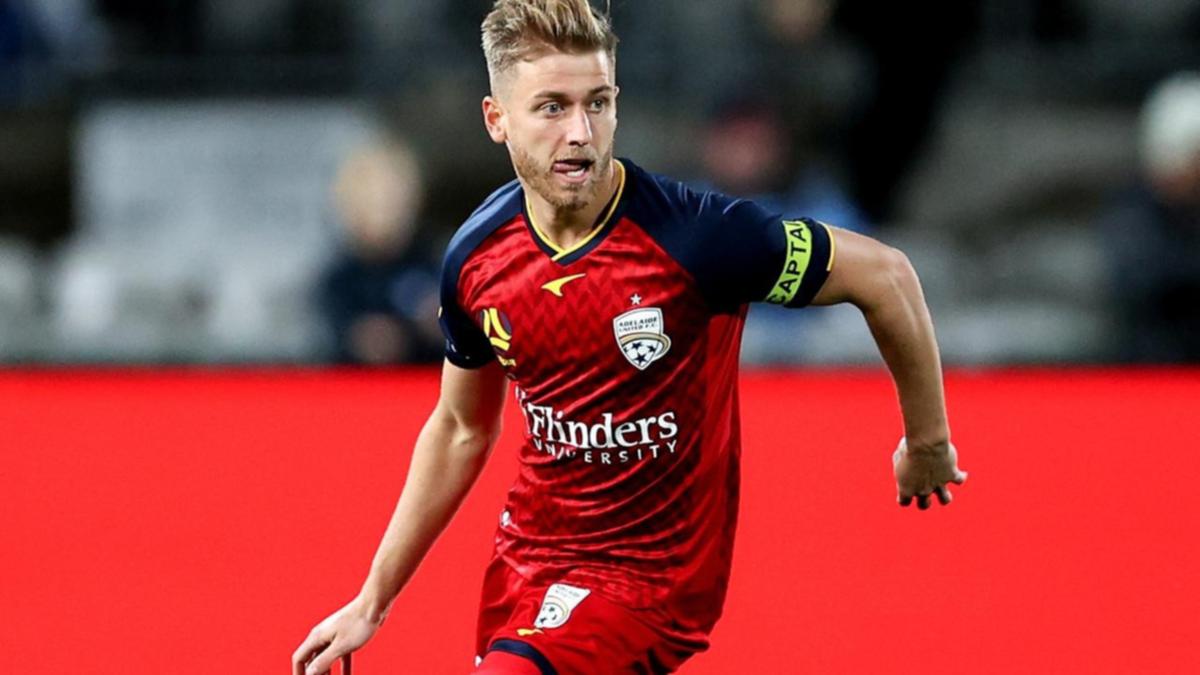 Adelaide United captain Stefan Mauk is unlikely to feature in the A-League Men’s season-opener as he recovers from surgery on a broken leg.

Mauk played for most of last season with a fracture in his right leg which didn’t heal as expected in the off-season.

The influential midfielder had surgery on August 20 and has only rejoined his teammates in full training this week, Adelaide coach Carl Veart says.

“He played most of the year last year with that broken leg and had issues, you could see that through the year,” Veart told AAP.

“He had a big break (rest) in the off-season plus the first part of the pre-season to try and let that heal.

“It didn’t heal and then he had to go in for surgery.”

Adelaide’s season opens on November 20 with an away fixture against Perth Glory.

“He has only just joined this week back with the team … he most probably won’t be available for round one,” Veart said.

The Reds boss praised Mauk’s courage for playing with the injury last season – the skipper played 25 games and scored seven goals when the Reds were ultimately beaten in a semi-final by Sydney FC.

“It was in a strange position, the break in his leg, it was very high on his leg,” Veart said.

“It was just one of those things where one week he could be good and the next week, depending on whether he got a kick or something like that – it was just a little bit hit and miss with it.

“You could see that in games, he couldn’t run properly.

“But to Stefan’s credit he wanted to play and he pushed and he still brought something to the team.”

Adelaide’s attacking linchpin Craig Goodwin is also an uncertain starter for the season-opener.

Like Mauk, Goodwin only returned to full training a week ago after his eye-catching last season was ended by an ankle injury which required surgery and ruled him out of United’s finals campaign.

Veart expected Goodwin to be available for selection for round one but said he would be mulling over whether to start the 29-year-old or nurse him through the early stages.

“We will make that judgement when we get closer to round one,” Veart said.