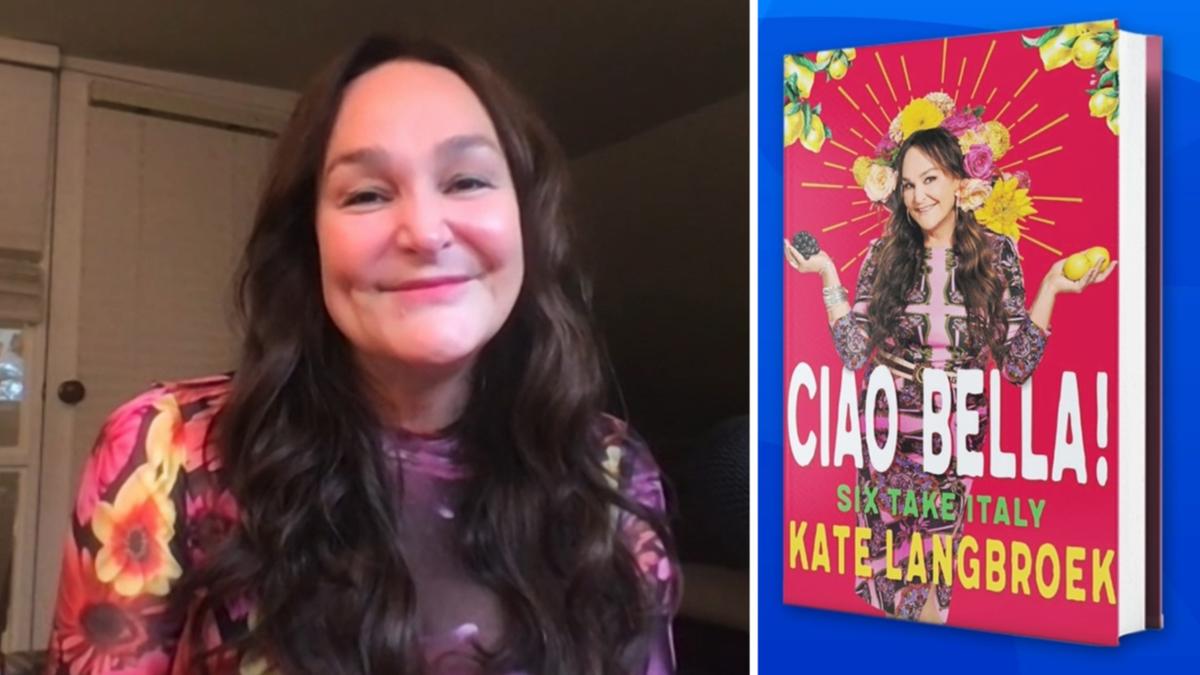 After two decades ruling the airwaves on radio alongside Dave Hughes, Kate Langbroek surprised everyone in 2019 when she packed up her husband Peter and their four children to take a gap year in Italy. But she got a lot more than she bargained for.

The family spent the majority of their time in Bologna and were then forced to endure Italy’s strict lockdown measures when the COVID pandemic took hold of Europe.

Now living back in Australia and having returned to radio, Kate has written a book about the experience called Ciao Bella! Six Take Italy and she joined The Morning Show from Melbourne to explain why she decided to make such a big move.

“It was kind of difficult to make the call because, you know, I had a great job, we had a great life and there were six of us, so moving to the other side of the world was a lot.

“When I put all those ducks in a row, you kind of wonder why I did it, except that we had this compulsion that we had to do it. And we kind of wanted a reset on our busy modern life, which was as I said, was a good life.

“But it was also exhausting and not nourishing and we wanted to spend more time together, and gee, that happened (being locked down),“ explained Langbroek.

Langbroek also spoke of how she was prepared to end her radio partnership with David ‘Hughesy’ Hughes after almost 20 years together.

“It was very interesting because my darling friend Hughesy is a workaholic and my whole idea for moving to Italy was the opposite.

“So I wanted to stop work and of course he had the opposite idea so he convinced me to do the show from there for the first six months, and then the deal was I’d have the second six months to myself.

“And then his expectation was of course that we would come back to Australia and that was our expectation then as well.

“But we loved it so much and because I’d worked those first six months I felt a bit (ripped off) on this year that I’d had to work so hard to claw away from everybody, that we decided to stay another year and of course that threw the whole show up in the air.

“So I did what every coward does, I broke up with him by text,” she revealed.

Despite the challenge of physically relocating to Italy and finding a house and then schools for her children, the COVID enforced lockdown that struck Italy in 2020 proved to be far more difficult.

“It was an honour to do it with the Italians who took it so seriously because they revere their old people, and their old buildings, they love old s*** in Italy, they just love it.

“But it was an extraordinary experience, it was actually part of how great the whole trip was, even though that sounds strange,” Langbroek added.