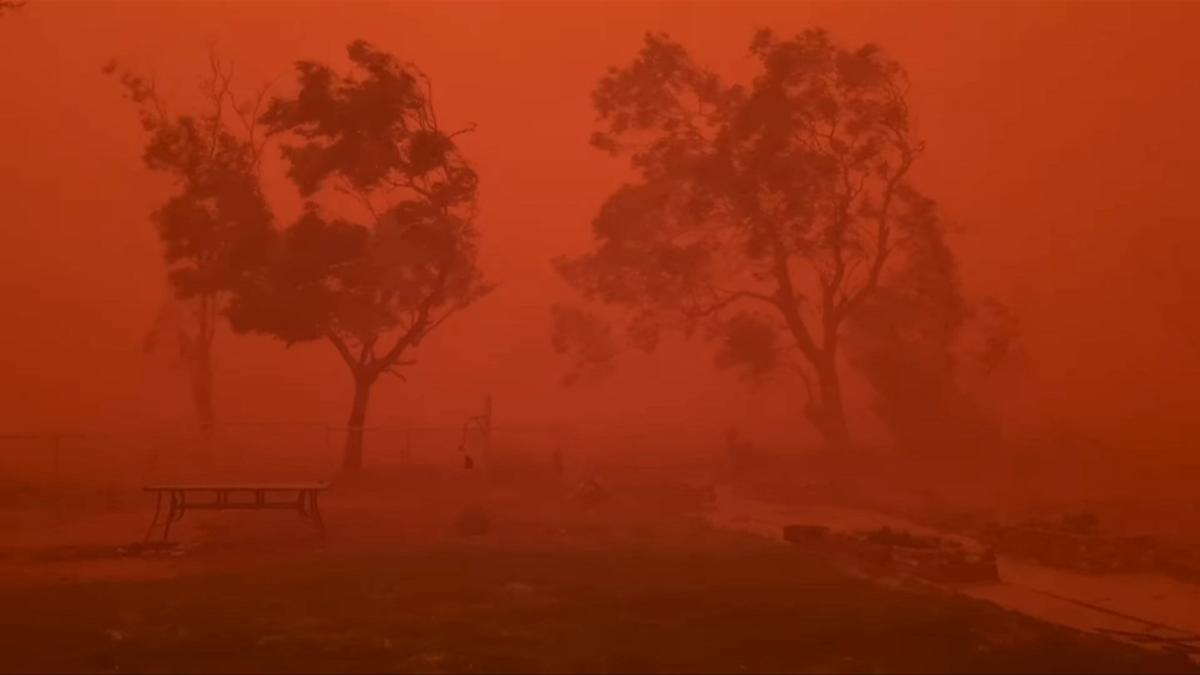 The mayor of a Queensland region engulfed by a spectacular dust storm says the weather event “just came out of nowhere”.

Thargomindah and surrounding areas in the state’s southwest were turned red on Thursday evening.

Bullo Shire Mayor John Ferguson said he was alerted to the storm when someone in the council building said, “look what’s coming down the road here”.

“We’ve had dust storms here before, but this one just came out of nowhere,” Ferguson added.

“They come from way out in the desert and they take 2-3 days to roll in here.

“But this one sort just started and away it went.”

What caused the dust storm?

James Thompson, from the Bureau of Meteorology, said the phenomenon was the result of a combination of conditions.

“We saw 93km/h winds gusts at Thargomindah, accompanied by a dust storm associated with the outflow of that storm,” he said.

“We had a trough moving through that area yesterday and that really brought those ferocious winds associated with those storms, which kicked up those dusty conditions.

“We did see the dust extend all the way into NSW, so it was quite extensive which is rather unusual.”

The system also caused damage to structures in Goondoowindi, as well as bringing heavy rain and lightning to the southeast.

He said there was a risk of further storms in the state’s southwest on Friday, while the southeast is likely to be would be in the firing line of wild weather on Saturday.