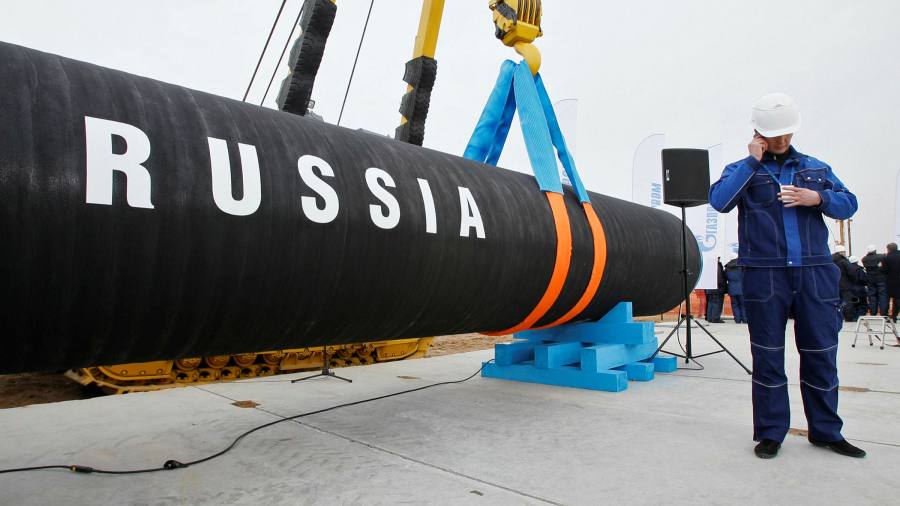 As Europe looks to boost future gas supplies amid a bracing winter, much could depend on a judgment call by Vladimir Putin on the competing interests of two of his closest allies.

Igor Sechin and Alexei Miller are two of the powerful men in Russia with deep connections to Putin, having worked with the president in the St Petersburg mayor’s office back in the 1990s and proved their loyalty since.

Sechin, once Putin’s personal secretary, heads up the giant oil producer Rosneft. His great rival in Kremlin politics, Miller runs Gazprom, the gas goliath. The demarcation between Russia’s greatest corporate assets has been that Gazprom dominates the gas market while Rosneft manages the oil.

But the contentious Nord Stream 2 pipeline project could disrupt that dynamic. The $11bn pipeline across the Baltic Sea built by Gazprom will allow the company to send 55bn cubic metres of gas to Europe per year, bypassing Ukraine.

Allowing Rosneft, now Russia’s second-largest gas producer, to access Gazprom’s pipeline to Germany looks a logical way to make the project compliant with European energy laws mandating that no company has a monopoly on use of a pipeline. Germany is yet to certify the project.

Rosneft has made numerous attempts at gaining access to Gazprom’s pipelines but had always been pushed back. Until last summer.

Putin instructed the government to work out a plan to allow Rosneft to export 10bn cubic metres of gas a year to Europe using Gazprom as an agent. He then reportedly told the two companies to agree the terms of such “experimental” flows by March.

“It shows the idea is being seriously considered, which in recent memory is the first time Rosneft has been close to getting the right to export, albeit using Gazprom as an agent,” said Mitch Jennings, Moscow-based oil and gas analyst at Sova Capital.

The stakes are much higher for Gazprom than just one pipeline. “In theory, this could allow Moscow to increase Nord Stream 2 load and raise export volumes,” said Dmitry Marinchenko, senior oil and gas analyst at Fitch Ratings. On the other hand, “this is bad news for Gazprom”, which could lose market share.

If Rosneft is allowed to use a part of its system, it will very possibly want access on other routes, too, including to China, the biggest market. “Everyone understands that if Sechin is allowed a piece of the pie, he will bite off the whole pie,” said an industry expert.

Gazprom supplies more than one-third of Europe’s gas needs and started to supply China in 2019. Its only other competition from Russia so far came with Novatek’s LNG volumes, most of which are contracted to Asia and some sold on the spot market in Europe.

“Surprisingly in Russia, which has hardly any elements of market economy in the energy sphere left, there continues to be competition between state-controlled companies, groups of influence and officials,” Marinchenko said.

Rosneft has been stepping up gas business in Russia and abroad. Producing just over a tenth of Gazprom’s output, it plans to almost double its annual production to 100bn cubic metres of gas. The company has had plans for several LNG plants but has not built any.

The decision on pipeline exports for Rosneft is so big that it has to be made by the president himself. Industry participants say Miller and Sechin are unlikely to strike a deal without intervention.

“But as always in Russia, the decision can be very easily made in, say, April by the only person who has the power to do it,” a person close to the issue said on condition of anonymity, referring to Putin.

Sechin has been traditionally seen as the closer ally to the president — Putin brought him along when he went to Moscow and made him deputy prime minister in 2008 before entrusting him with Rosneft in 2012.

Miller became deputy energy minister in 2000, when Putin first became president, and took the current position as chair of Gazprom’s management committee a year later. He has won plaudits recently, having made his company Russia’s biggest by market capitalisation, which now exceeds that of Rosneft by about 30 per cent. Miller also brought Gazprom record profits last year. The Kremlin, as the company’s major shareholder and dividend taker, “should be as pleased with Miller as ever”, one industry analyst put it.

The two companies now have a clear timeline in which to step up the lobbying, but signs of potential change in the landscape of Russia’s gas industry are clear.