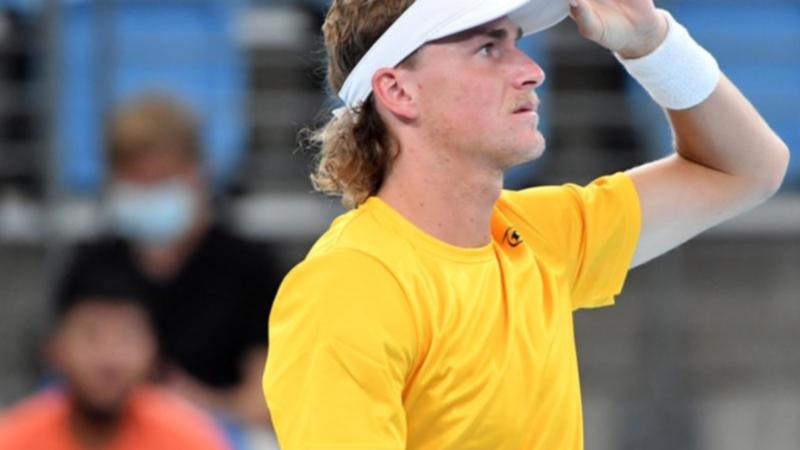 Rising talent Max Purcell has spoken to Tennis Australia about being overlooked for an Australian Open wildcard, after accusing Lleyton Hewitt of favouritism.

Purcell, who was forced into qualification, had his aspirations of playing singles in Melbourne next week ended on Wednesday in a 7-6 (7-2) 7-6 (10-8) loss to the Czech Republic’s Jiri Lehecka.

Kimberly Birrell was only the bright spot in an underwhelming showing for Australian hopefuls after a 6-2 6-1 victory over Georgia’s Ekaterine Gorgodze.

Birrell, who has spent the last 12 months battling a troublesome elbow injury, must beat Britain’s Harriet Dart to secure her spot at Melbourne next week.

But Purcell was the main attraction following his inflammatory comments earlier in the week where he claimed Hewitt “didn’t have the balls to tell him” he had missed out on a wildcard.

Aside from confirming he had held conversations with Tennis Australia, the world No.174 said: “I don’t really want to talk about it.

“I said that I’m not bothered about getting a wildcard. I want to beat guys in qualifying and I want to earn my spot in the main draw. I’ve got no hard feelings there.”

Purcell’s loss was one of many for Australia’s men on Wednesday with 20-year-old Dane Sweeny going down 6-4 6-2 to Kazakhstan’s Timofey Skatov.

Philip Sekulic, an 18-year-old Queenslander, was no match for another Kazakh, Dmitry Popko, who claimed a 6-4 6-2 win over the Australian.

Sydneysider Rinky Hijikata was forced to retire when he was a set down against Bosnian Damir Dzumhur.

Birrell enjoyed the sole win among the women in action on Wednesday with 16-year-old Western Australian Taylah Preston suffering a 6-0 6-0 loss to South Korea’s Jang Su-jeong.

“To be honest, even just playing the first round on Monday meant so much to me,” Birrell said.

“I’m just taking it one match at a time. Each time I’m stepping out on court, I’m pinching myself and feeling really grateful.”