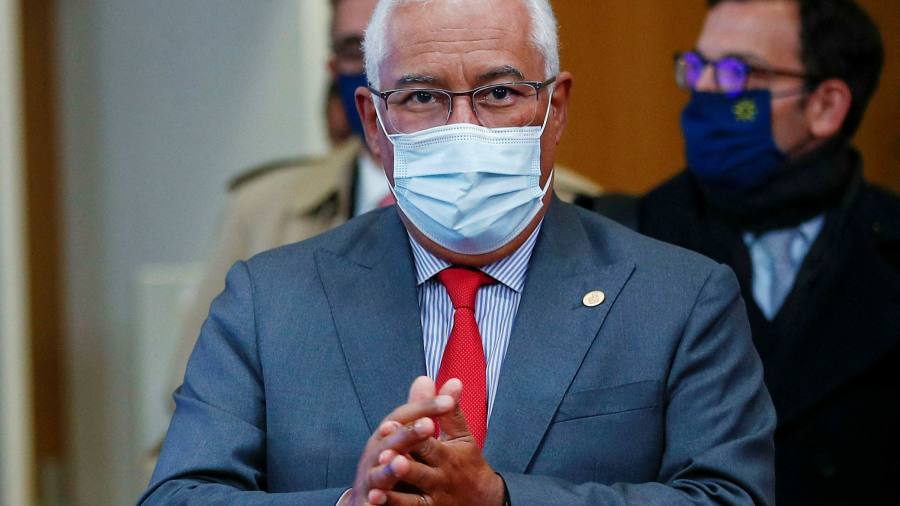 Portugal’s six-year experiment with leftwing “anti-austerity” government will end this week in a political crisis leading to early elections unless António Costa, the socialist prime minister, can strike a last-minute budget deal with the radical left.

The anti-capitalist Left Bloc (BE) and old-guard Communist party (PCP) have vowed to withhold crucial support in a budget vote on Wednesday unless the minority Socialist party (PS) government makes further concessions in a bill already seen as the most leftwing in recent history.

“They are asking the impossible and I can’t see the PS giving way,” said Francisco Seixas da Costa, a political commentator and former secretary of state for European affairs. “The pact has exhausted its possibilities and the BE and PCP can see no further advantage in co-operating with the government.”

Costa has offered a €40 increase in the national minimum wage to €705 a month and a €700m increase in investment in the national health service, alongside higher old-age pensions and public sector wages. The BE and PCP are pushing for bigger increases in these areas as well as labour reforms that the government fears would clash with EU rules.

After offering hope to struggling centre-left parties across Europe and inspiring neighbouring Spain’s mainstream socialists to follow a similar path, Portugal’s broad left pact is foundering over the smaller parties’ dissatisfaction with their peripheral role, and the limits of EU policy.

If the budget is defeated, Marcelo Rebelo de Sousa, Portugal’s centre-right president, has said he will immediately dissolve parliament and call a general election two years ahead of schedule. Costa, meanwhile, has stated he would remain in office at the head of a caretaker government until the ballot was held, probably in January.

Analysts fear that a snap election may not resolve the impasse. “We could be heading for an Italian-style situation in which no party could form a stable government coalition,” said Seixas da Costa. The centre-right Social Democrats (PSD), the main opposition party, will also hold leadership elections in December, further muddying the outlook.

After months of tense negotiations, Costa has warned the BE and PCP that the government has gone as far as it can to meet their demands while ensuring that fiscal policy and labour legislation do not breach its commitments to Brussels.

The bill is designed to support Portugal’s recovery from the pandemic-driven recession that saw the economy contract by 8.4 per cent last year, Portugal’s worst slump since 1936. The bill envisages gross domestic product growth of 5.5 per cent in 2022, up from a projected 4.8 per cent this year.

Rebelo de Sousa has alerted parties to the dangers of provoking a government crisis amid concerns over a potential winter surge in the Covid-19 pandemic and the delays it could cause to the investment of €14bn in grants that Portugal will receive from the EU’s €750bn coronavirus recovery package.

It would be the first time since Portugal returned to democracy in 1974 that a budget has not been approved and it could take until April until a new government could draw up a new budget bill.

Costa forged the alliance known as the geringonça, meaning “odd contraption”, with the BE and PCP in 2015 as a means of gaining power after the PS came second to the PSD in an inconclusive general election.

He described the agreement with the PCP, a hardline Soviet-style communist party, as Portugal’s equivalent of toppling the Berlin wall. On the basis of long-term voting trends, the pact was in a position to win successive elections.

“The BE and PCP gained some credit in the initial years for their part in overturning the austerity measures imposed during Portugal’s bailout from the sovereign debt crisis,” said Seixas da Costa. “But they have realised that the PS would never abandon its commitments to the EU.”

António Costa Pinto, a politics professor at the University of Lisbon’s institute of social sciences, said: “One of the lessons to be learned from Portugal’s experience is that this type of alliance cannot last if there’s no convergence between the parties. Unlike in Spain, the more radical parties were never represented in government or entered into a coalition with the PS.”

Nor have they seen any electoral gains for their co-operation with the government. “In the end, they have decided to remain protest parties outside the mainstream rather than converge towards the centre,” said Costa Pinto.