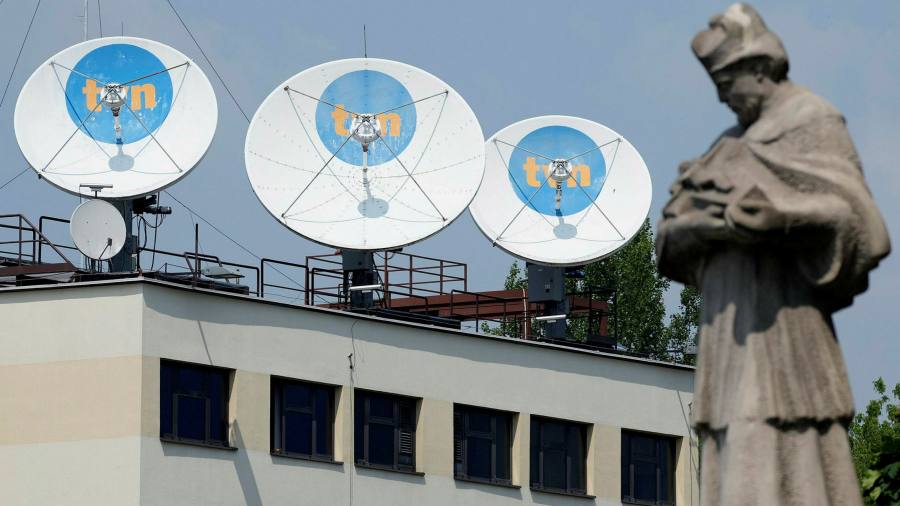 Poland’s parliament has unexpectedly voted through a controversial bill on media ownership that could force the US media conglomerate Discovery to sell a majority stake in Poland’s main independent broadcaster, TVN.

The bill, put forward by MPs from the conservative nationalist Law and Justice party (PiS), would prevent companies from outside the European Economic Area from owning a majority stake in Polish media groups.

PiS officials claim the law is needed to prevent companies in undemocratic states from taking control of Polish media outlets. But the changes are widely seen as an attack on TVN, which has long found itself in the government’s crosshairs for its often critical coverage.

The legislation was vetoed by Poland’s opposition-controlled upper house this year. But PiS MPs abruptly revived the bill on Friday, adding it to the parliamentary agenda at short notice, overriding the upper house’s veto and sending it to President Andrzej Duda for final approval.

The move drew strong criticism from the US. The state department said that the law would “undermine freedom of expression, weaken media freedom, and erode foreign investors’ confidence in their property rights and the sanctity of contracts in Poland”.

It also called on Duda, who is an ally of PiS but who has previously expressed reservations about the legislation, to veto the bill, warning that if it became law it would damage Poland’s investment climate.

Jean-Briac Perrette, chief executive of Discovery International, said he was shocked by the abrupt revival of the bill. But he insisted that Discovery would “continue to fight every which way we can” to protect TVN, which employs about 2,000 people and, with a value of about $3bn, is one of the largest US investments in Poland.

“It is an ambush,” he told the Financial Times. “We’re a bit in disbelief that an EU member would, on the eve of Christmas, at the last possible moment, circumventing all due process of how a law should be debated . . . try and jam this through.”

Opposition lawmakers accused the government of returning to the law without warning in an effort to distract from a run of recent bad news, including the announcement earlier on Friday that household gas bills would jump as much as 54 per cent next year.

“Today in the Sejm [lower house of parliament] the latest step to the liquidation of the free media [took place],” wrote Miroslaw Suchon, from the opposition grouping Polska 2050, on Twitter. “This is a scandalous decision against our political and economic interests.”

The revival of the media ownership bill comes amid broader pressure on independent media groups that has led to Poland falling from 18th to 64th in the World Press Freedom index — below Malawi and Armenia — since PiS took office in 2015.

During its time in power, PiS has reduced the public media to the role of a mouthpiece, used a state-owned oil group to buy up a swath of local media outlets and funnelled advertising from state-owned companies to supportive media groups.

This year, it also put forward plans for a new tax on advertising revenues, which sparked an unprecedented blackout from private media groups in protest at the move, which they saw as a targeted threat to independent journalism.

Poland’s media watchdog also delayed the renewal of the broadcasting licence of TVN’s main news channel, TVN24, until just four days before it was due to expire in September, even though the application had been submitted 19 months earlier.