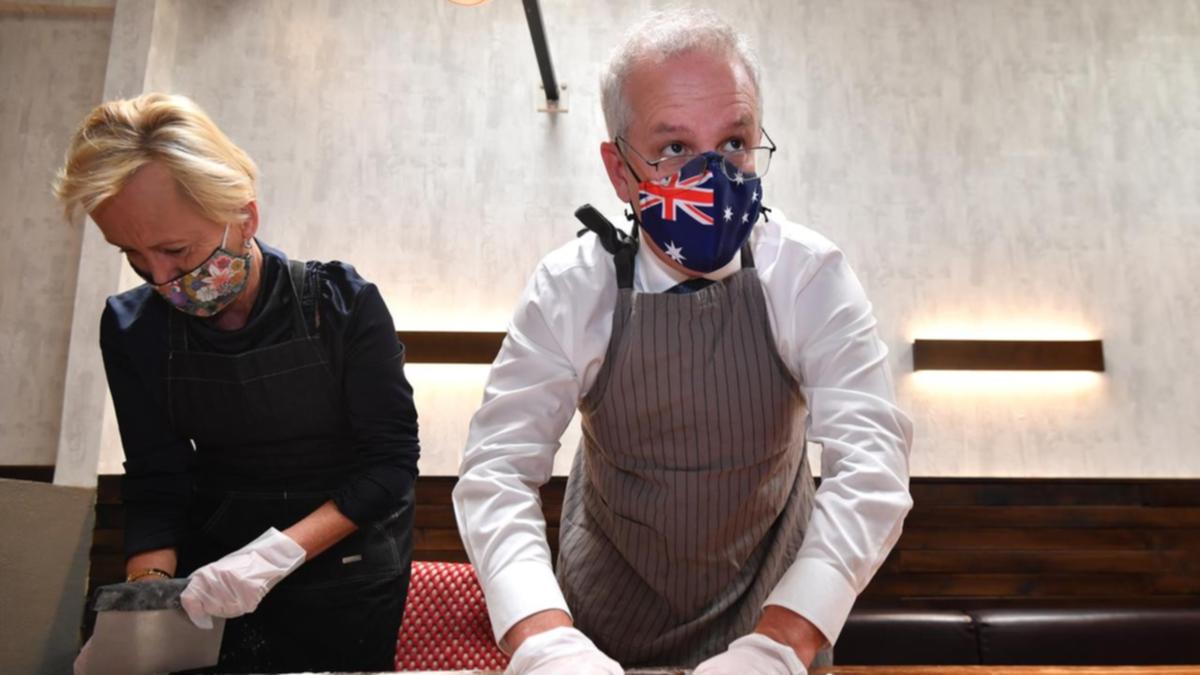 Prime Minister Scott Morrison’s approval rating has sunk to its lowest point since just after the black summer bushfires.

Mr Morrison and Labor leader Anthony Albanese are spending the week test-driving campaign themes and launching policies in target seats ahead of a federal election due by the end of May 2022.

The latest Essential poll shows the prime minister’s voter satisfaction rating has fallen from a peak of 65 per cent in February to 48 per cent – the lowest rating since March 2020 when it hit 41 per cent.

At that time, Mr Morrison was facing heavy criticism for his handling of the bushfires.

His disapproval rating was 42 per cent in the latest poll.

Labor leader Anthony Albanese’s approval sits on 40 per cent, showing little movement over the past year, with 35 per cent disapproving.

However, 45 per cent of voters say it is “time to give someone else a go” when asked about their views of re-electing the coalition government.

Just over a third of voters said the Liberal-National government deserved re-election, while 21 per cent were unsure.

The voter unrest came after the prime minister copped heavy criticism for his mishandling of relations with France and was seen as unambitious on climate change at a UN summit.

Mr Albanese told ABC radio in Tasmania the government was seeking to erase history with its latest policy announcements, especially on climate policy.

“They’re in the pre-election mode … trying to wipe out history and (erase) what they’ve said and what they haven’t done for nine long years,” he said.

“We need a government in this country that acknowledges that change is happening, that shapes it in the interest of people, so people aren’t left behind.”

Mr Morrison told reporters in Melbourne, where he was announcing an electric vehicle policy, the biggest task for the government was securing the economic recovery.

“Our focus, my government’s focus, has always been on having strong economic management because that’s what underwrites the services that Australians rely on,” he said.