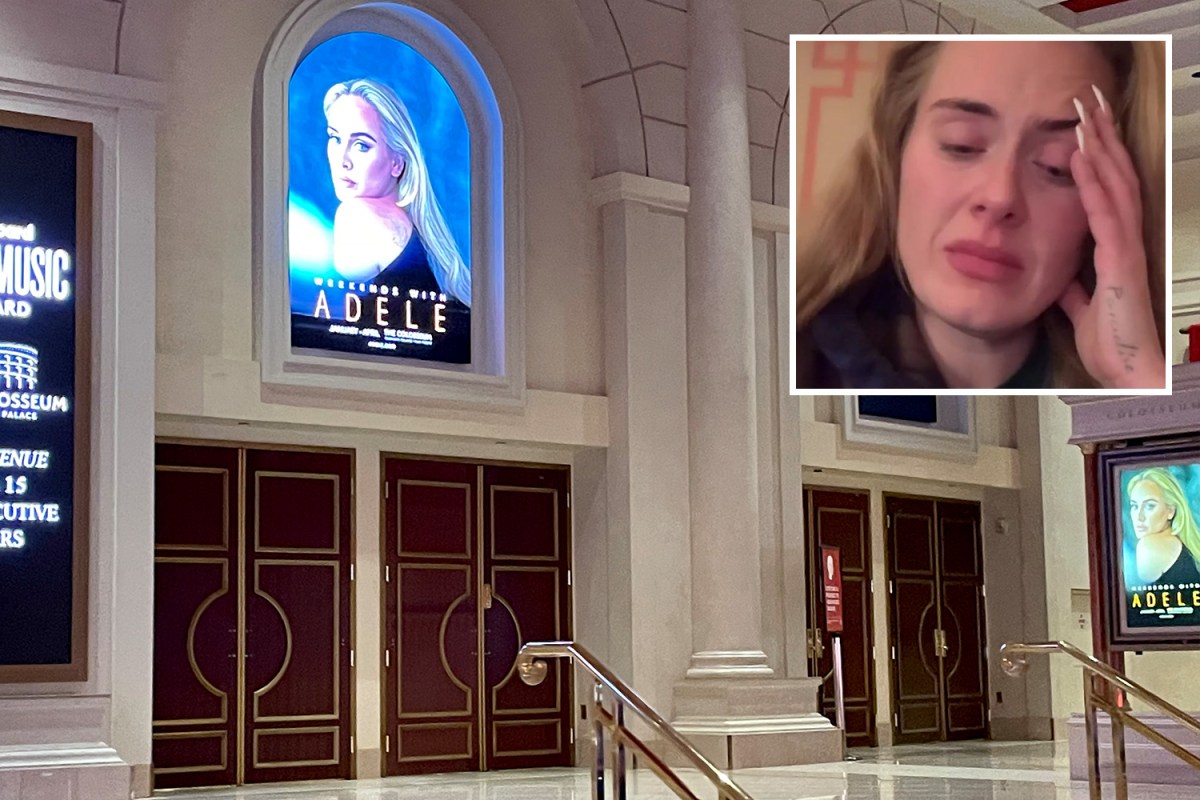 ‘PERFECTIONIST’ Adele allegedly cancelled her Las Vegas shows after managers tried to make her perform with a 60-strong choir.

The star, who reportedly wanted the production to be low-key, wept on Instagram last night as she revealed her residency was cancelled with just 24 hours to go.

Fans who travelled for miles and paid up to £9,000 for resold tickets were left furious by the 11th-hour shutdown.

Adele filmed an apology from a £30,000-a-night suite at Caesars Palace, where she remains holed up with her management team and boyfriend Rich Paul.

She said Covid had derailed the production and dates will be rescheduled, adding: “I can’t give you what I have right now.

The singer, who was due to be paid a reported £500,000 a show even before merchandising, said “half” of her crew have had to pull out after contracting coronavirus.

“We’ve tried absolutely everything we can to put it together in time and for it to be good enough for you, but we’ve been absolutely destroyed by delivery delays and Covid,” she said.

But one industry veteran said he “could not believe the news” – adding: “‘The show must go on’ is the first thing you learn in the business – end of.”

He told the Daily Mail: “Adele is a perfectionist and she has form in this area.

“She has cancelled shows before – she cancelled two shows in London in 2017 which she said she would reschedule and she never did.”

Others say Adele had wanted it to be “all about the voice”, and asked to perform a stripped-back set.

Despite her wishes, the venue planned spectacular production effects and dozens of musicians and singers.

Earlier this month, a choir of 60 singers auditioned to sing the Skyfall opening number.

Gossip columnist Roger Freidman says he was convinced there was an issue by January 18 as hundreds of tickets were available on a resale website at around £400-a-pop, with prices dropping.

He wrote: “The whole Adele Vegas residency is a disaster.

“But ‘We ain’t ready’ at the last minute doesn’t hold water. This isn’t the Rolling Stones stage show.

“Adele live is her, an orchestra and some lighting.

“She’s not sailing across the theatre in a hook-up, there are no pyrotechnics.

“Plus, let’s face it… this is only two shows per weekend.

“If the show wasn’t ready, it could be postponed a couple of weeks, and the missed shows could have been rescheduled at the end of the run.”

Adele is known to suffer badly with stage fright, and has previously said she doesn’t enjoy touring.

In 2008, she backed out of a tour in the US, before doing the same again in 2011 when she suffered trouble with her voice as a result of laryngitis and a vocal haemorrhage.