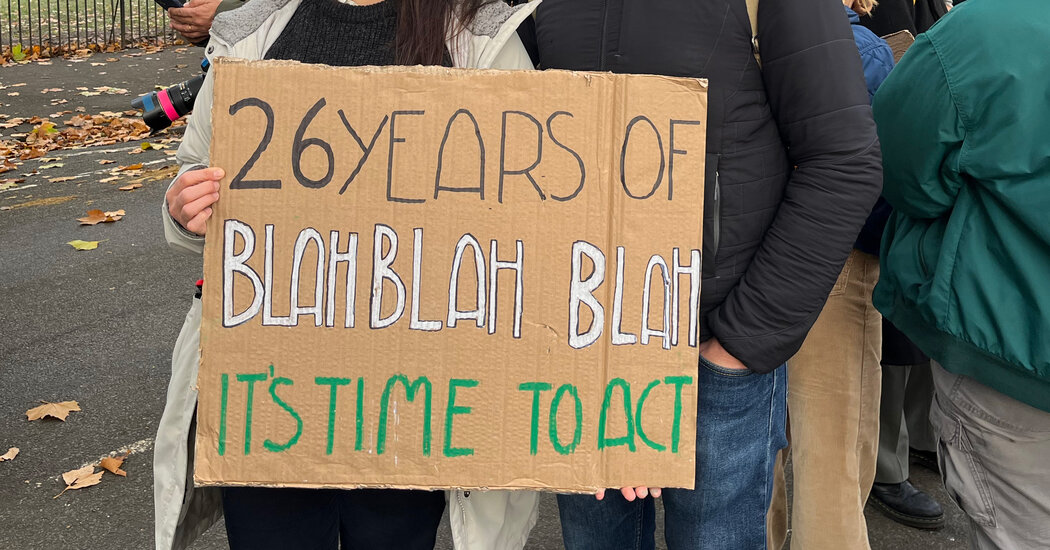 Among the protesters was John MacEachen, 50, who came to the march with his 10-year-old son, his wife and their friends from Edinburgh. Standing in the rain, he said this was the first time he had participated in an environmental protest.

The time was right to get involved, he said, especially for the sake of his son.