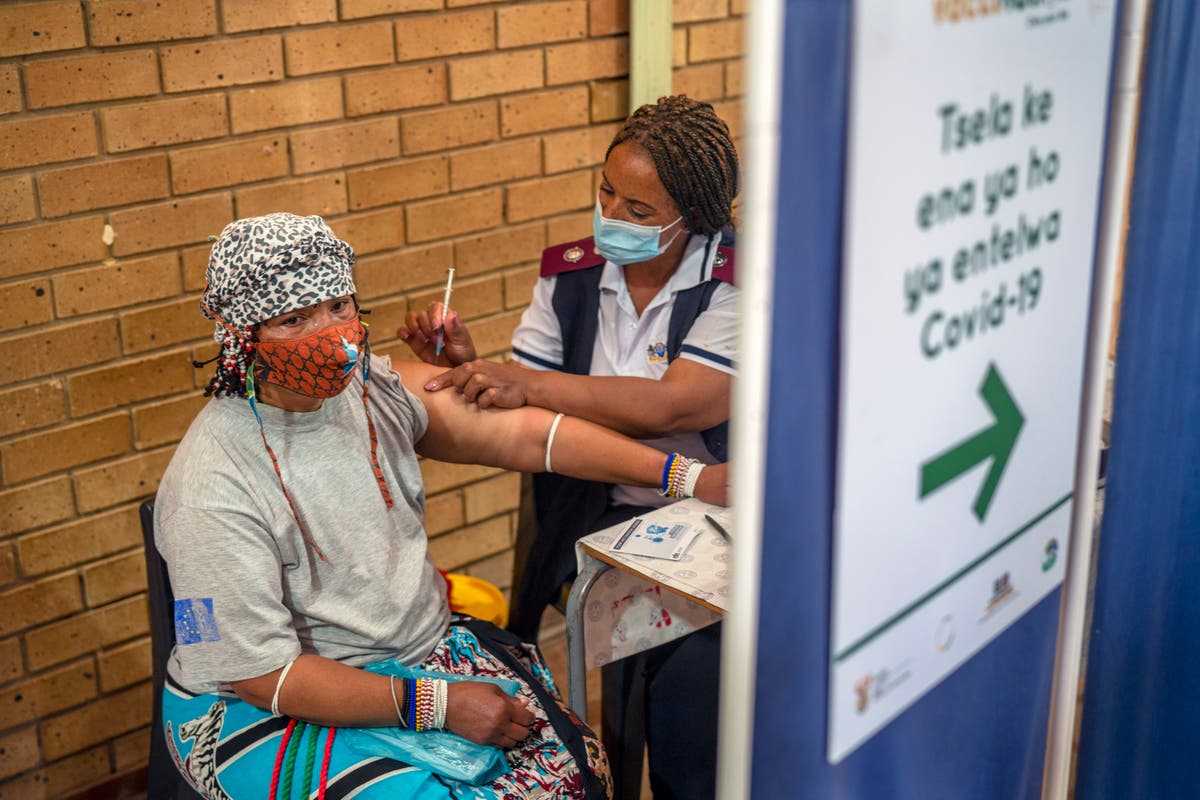 Dr. Sikhulile Moyo was analyzing COVID-19 samples in his lab in Botswana last week when he noticed they looked startlingly different from others. Within days, the world was ablaze with the news that the coronavirus had a new variant of concern, which appears to be driving a dramatic surge in South Africa providing a glimpse of where the pandemic might be headed.

New cases in South Africa have burgeoned from about 200 a day in mid-November to more than 11,500 on Thursday. In the week since omicron was discovered to be present in the country’s most populous province, Gauteng infections have surged 300%, Health Minister Joe Phaahla said Friday.

The variant has also now spread to all of the other eight provinces, he added. Even with the rapid increase, infections are still below the 25,000 daily new cases that South Africa reported in the previous surge in June and July.

Little is known about the new variant, but the spike in South Africa suggests it might be more contagious, said Moyo, the scientist who may have been the first to identify the new variant, though researchers in neighboring South Africa were close on his heels. Omicron has more than 50 mutations — and scientists have called it a big jump in the evolution of the virus.

It’s not clear if the variant causes more serious illness or can evade the protection of vaccines. Phaahla noted that only a small number of people who have been vaccinated have gotten sick, mostly with mild cases, while the vast majority of those who have been hospitalized were not vaccinated.

South Africa’s hospitals are so far coping with the new surge, he said. Even hospitals in Gauteng province, which accounts for more than 70% of all new daily infections, have the capacity to handle the new admissions, he said.

This picture could change because most of those infected thus far have been younger people, who generally do not get as sick as older patients. But Moyo expressed hope that vaccines would not be sidelined by the new variant.

That dovetails with what officials from the World Health Organization in Asia said Friday.

While warning that cases could well rise quickly because of omicron, Dr. Takeshi Kasai, the WHO regional director for the Western Pacific, said the measures used against the delta variant — which itself caused surges the world over — should remain at the core of the response.

“The positive news in all of this is that none of the information we have currently about omicron suggests we need to change the directions of our response,” Kasai told reporters.

While about three dozen countries worldwide have reported omicron infections, the numbers so far are small outside of South Africa. That has led many countries to race to impose travel restrictions on visitors from southern Africa — a move the WHO officials said may buy some time, though the agency has previoulsy urged against border closures.

The travel restrictions have been severely criticized by South Africa, which says it is being punished for being transparent and moving so quickly to alert the world to omicron. WHO said it was notified by the country on Nov. 24 about the new variant.

“What we must reemphasize is that while our scientists and those in Botswana were the first discover and report on the variant, no one knows where it originated,” Phaahla said.