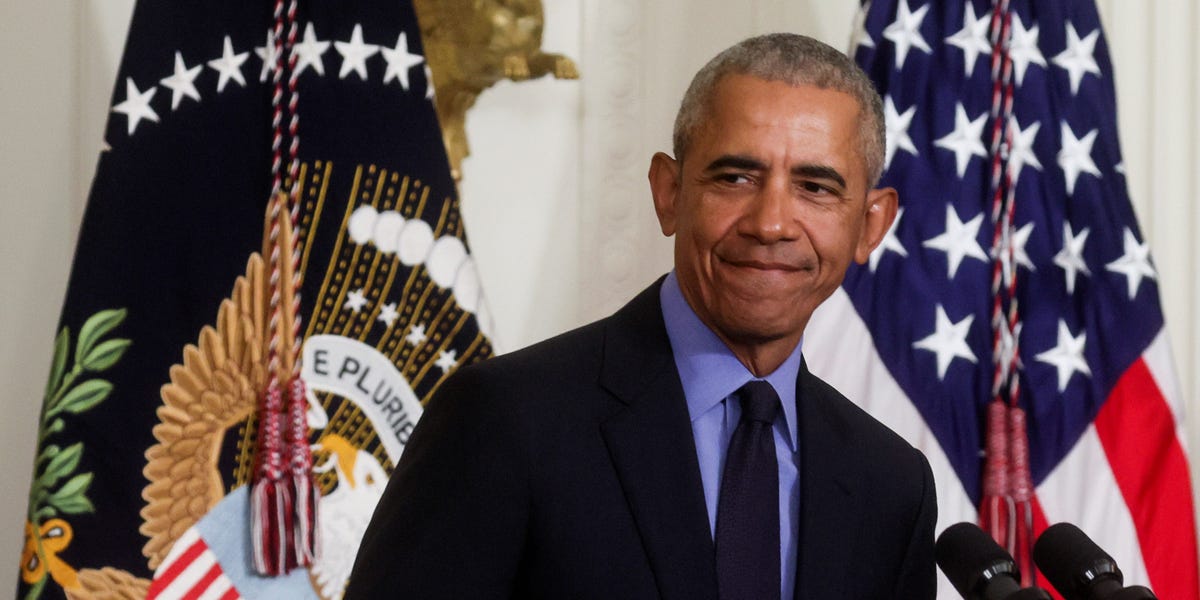 Former President Barack Obama applauded abortion rights protesters on Saturday and known as for extra individuals to interact in activism.

“Across the country, Americans are standing up for abortion rights—and I’m proud of everyone making their voices heard. Join a march near you,” Obama tweeted on Saturday together with an organizing hyperlink.

The former president continued: “If you can’t join a march in person today, you can still get involved. Donate to a local abortion fund. Volunteer with activists who’ve been organizing on this issue for years. And vote on or before November 8 and in every election.”

His feedback come on the heels of nationwide protests after a leaked Supreme Court draft confirmed the court docket is poised to overturn Roe v. Wade, reversing abortion rights.

Obama blasted the court docket opinion after it was leaked, warning that the results of such a reversal would have an effect on each American.

“That’s a result none of us should want. But it should serve as a powerful reminder of the central role the courts play in protecting our rights — and of the fact that elections have consequences,” Obama and former first girl Michelle Obama stated in a joint assertion.

On Wednesday, the Senate did not advance a invoice that may enshrine abortion rights in federal legislation and defend abortion entry throughout the nation.

“Republicans in Congress – not one of whom voted for this bill – have chosen to stand in the way of Americans’ rights to make the most personal decisions about their own bodies, families, and lives,” Biden stated in an announcement on Wednesday.