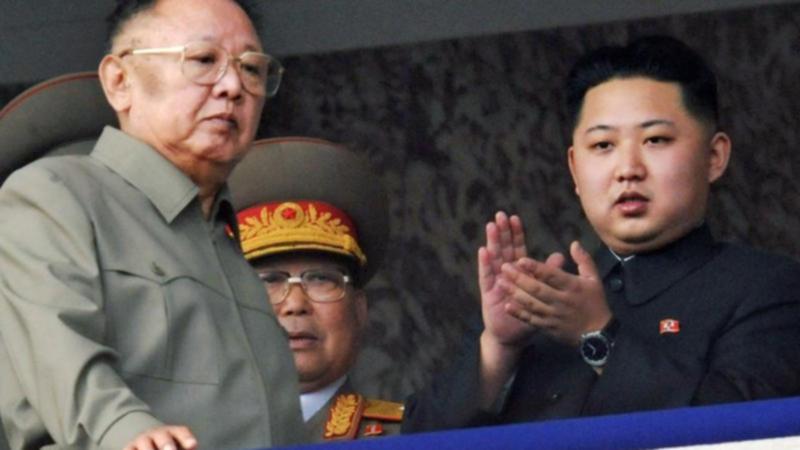 North Korea is marking the 10th anniversary of former leader Kim Jong Il’s death with calls for greater loyalty to his son and current leader Kim Jong-un, who is struggling to steer the country out of pandemic-related hardships.

In his 10 years at the helm of North Korea since his father’s death, Kim Jong-un, 37, has secured the same absolute power enjoyed by Kim Jong Il and Kim Il Sung, the current leader’s grandfather and state founder.

Despite massive economic shocks caused by draconian anti-virus measures and long-dormant diplomacy with the United States, North Korea shows no signs of political instability and few outside experts question Kim’s grip on power.

But the long-term stability of Kim Jong-un’s rule could still be questioned if he fails to work out steps to address the ongoing difficulties and improve public livelihoods, some observers say.

On every previous death anniversary, Kim Jong-un paid respects at a mausoleum where the embalmed body of Kim Jong Il lies in state along with that of Kim Il Sung.

He was expected to do the same this year but North Korea’s state media did not immediately report on any public activities by Kim Jong-un on Friday morning.

“Great leader and comrade Kim Jong Il is always with us … and he is the eternal ‘suryong’ and sun of ‘juche (self-reliance)’ of our party and revolution,” the North’s main Rodong Sinmun newspaper said in an editorial, referring to a revered title reserved for North Korean leaders.

The paper said that “We should make our every effort to bolster our single-minded unity … by standing united behind respected comrade Kim Jong-un.”

This year’s anniversary comes as Kim Jong-un grapples with the toughest moment of his rule because of the coronavirus pandemic, persistent UN sanctions and mismanagement.

North Korea’s trade with China, its biggest trading partner and an economic pipeline, shrank by about 80 per cent last year before it plunged again by two-thirds in the first nine months of this year. Last year, the North’s economy suffered its biggest contraction since 1997 while its grain production also dropped to its lowest level since Kim took office, according to South Korean government estimates.

Kim refuses to return to talks with Washington and Seoul as he calls for building a stronger, self-reliant economy and retains tough virus restrictions including two years of border shutdowns.

The North’s advancing nuclear arsenal is the core of Kim’s rule, and he’s called it “a powerful treasured sword” that ensures peace in the face of US military threats.

Kim’s torrid run of weapons tests in 2016-17 invited tougher UN sanctions and led him to exchange threats of destruction and crude insults with then-President Donald Trump.

The two sat down for three rounds of landmark summit talks on Kim’s nuclear weapons in 2018-19, but their diplomacy eventually collapsed due to wrangling over the sanctions. Kim has since threatened to enlarge his nuclear arsenal and build more sophisticated weapons systems.