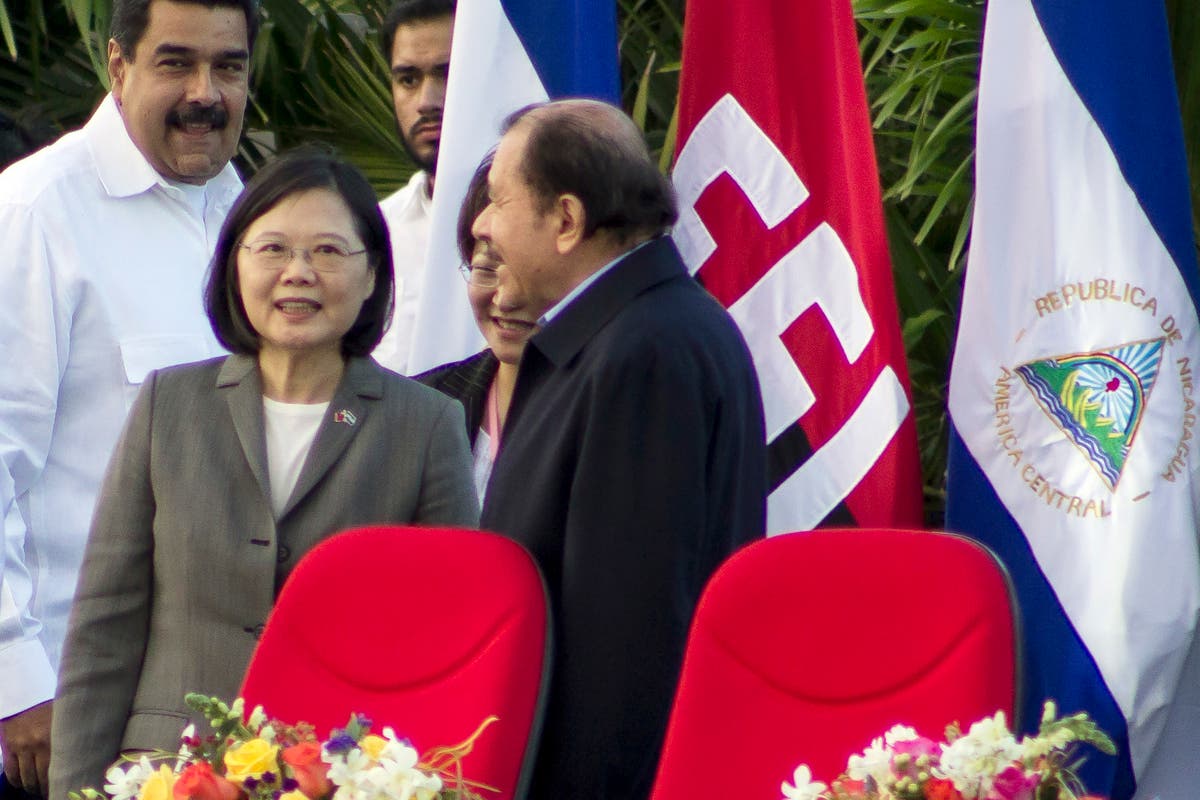 Nicaragua has severed diplomatic relations with Taiwan and will not maintain any official contact with the democratically ruled island, a move that will boost Beijing and anger Washington.

“The government of the Republic of Nicaragua today breaks diplomatic relations with Taiwan and ceases to have any contact or official relationship,” said a statement released by the country’s foreign ministry on Thursday in Spanish and English.

The People’s Republic of China was the only legitimate government that represented all of China, it said, backing up Beijing’s claim of ownership of the self-governing island democracy.

“Taiwan is an inalienable part of the Chinese territory,” the statement said.

No reasons, however, were given by the Nicaraguan government about its change of heart.

The move has further reduced Taiwan’s declining pool of international allies and comes ahead of a meeting between Chinese and Nicaraguan officials in Tianjin, a northern Chinese city, on Friday.

Taipei’s allies have now shrunk to just 14 countries that recognise it as separate from China.

“We highly commend the right decision made by the Government of Nicaragua, which is in line with the prevailing trend of the time and people’s aspiration,” the envoy said.

“The One-China principle is a consensus widely accepted by the international community and allows no challenge,” he added.

The Taiwanese government expressed pain and regret at the central American country’s decision to terminate diplomatic relations, terming it to be “coercion” from China.

“The Taiwan government strongly condemns the Chinese government for again coercing a diplomatic ally to severe relations with Taiwan and for suppressing Taiwan’s diplomatic space,” the official statement issued by its foreign ministry said.

It added that the central American country’s president Daniel Ortega disregarded the friendship between the people of Taiwan and Nicaragua.

“As a member of the international community, Taiwan has the right to exchange and develop diplomatic relations with other countries,” the official statement read.

Taiwan, it said, will continue to promote “pragmatic diplomacy” to expand its international space, and strive to achieve Taiwan’s “due international status”.

The announcement comes after other countries, including Panama and Costa Rica, in the region switched their allegiances to China in recent years as well.

Nicaragua’s switch comes at a time of deteriorating relations with the US, which is one of Taiwan’s strongest allies despite not formally recognising it.

The US State Department said it did not reflect the will of the Nicaraguan people because its government was not freely elected.

“We do know, however, that this deprives Nicaragua’s people of a steadfast partner in its democratic and economic growth,” spokesperson Ned Price said in a statement.

“We encourage all countries that value democratic institutions, transparency, the rule of law, and promoting economic prosperity for their citizens to expand engagement with Taiwan.”