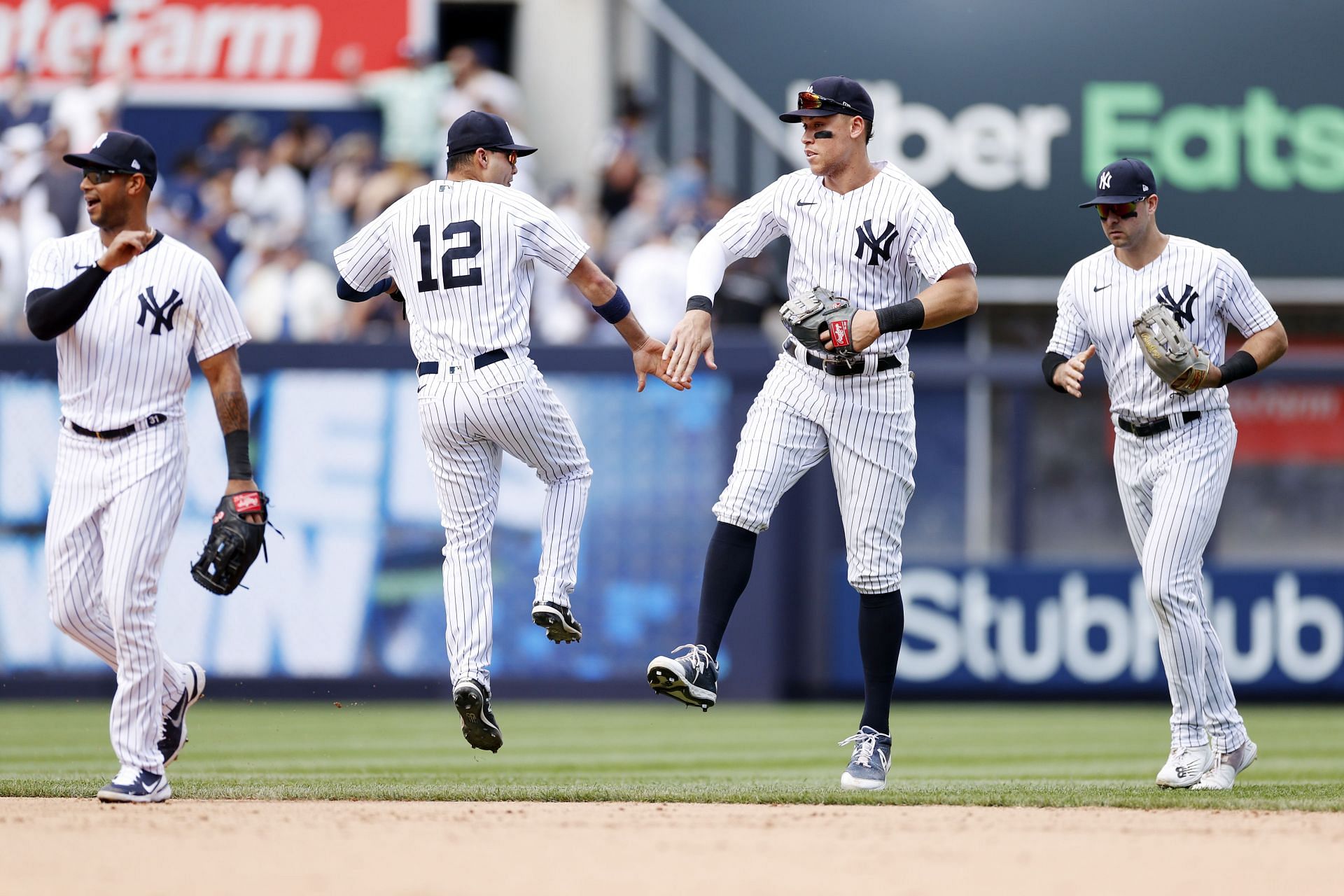 Aaron Judge has become world-renowned for his ability to crush balls out of the park, but this play reminded everybody that the New York Yankees center fielder is no slouch on defense. Seeing a high-effort play like this from the superstar can go a long way toward motivating a team. It shows his teammates he is willing to put it all on the line to make the play.

The video of the diving catch was posted to Twitter by Talkin’ Yanks, and is a great reminder of the importance of defense in the MLB.

The New York Yankees are hopeful they can sign the star center fielder to a long-term extension before he hits free agency. Every day they wait, his price tag goes up.

Aaron Judge is the perfect superstar for the New York Yankees

The New York Yankees are one of the most storied franchises in MLB history and have had more than their fair share of superstars on the team. Judge is the perfect leader for this iteration of the franchise because of his combination of high work ethic and superb talent.

The fact that he hits dingers at a pace nobody else in the league can keep up with is pretty cool too.

Judge’s versatility is also something that adds a tremendous amount of value, as was pointed out by Lindsey Adler on Twitter.

This fan, Eric Hubbs, points out that it is almost unfair for the New York Yankees slugger to be as good as he is in the outfield.

Aaron Judge being a gold glove centerfielder is hilarious

Aaron Judge being a gold glove centerfielder is hilarious

This great defensive play was not an isolated incident. The below highlight package from YouTube shows that the 30-year-old All-Star does more than just mash taters with regularity.

The New York Yankees are a team with championship aspirations in 2022. After the start from their MVP-caliber center fielder and his accompanying stars, there is no doubt they are contenders.

The MLB season is a marathon, not a sprint, but with their potent mixture of veteran experience and youthful players, the New York Yankees will be the team to beat come playoff time.