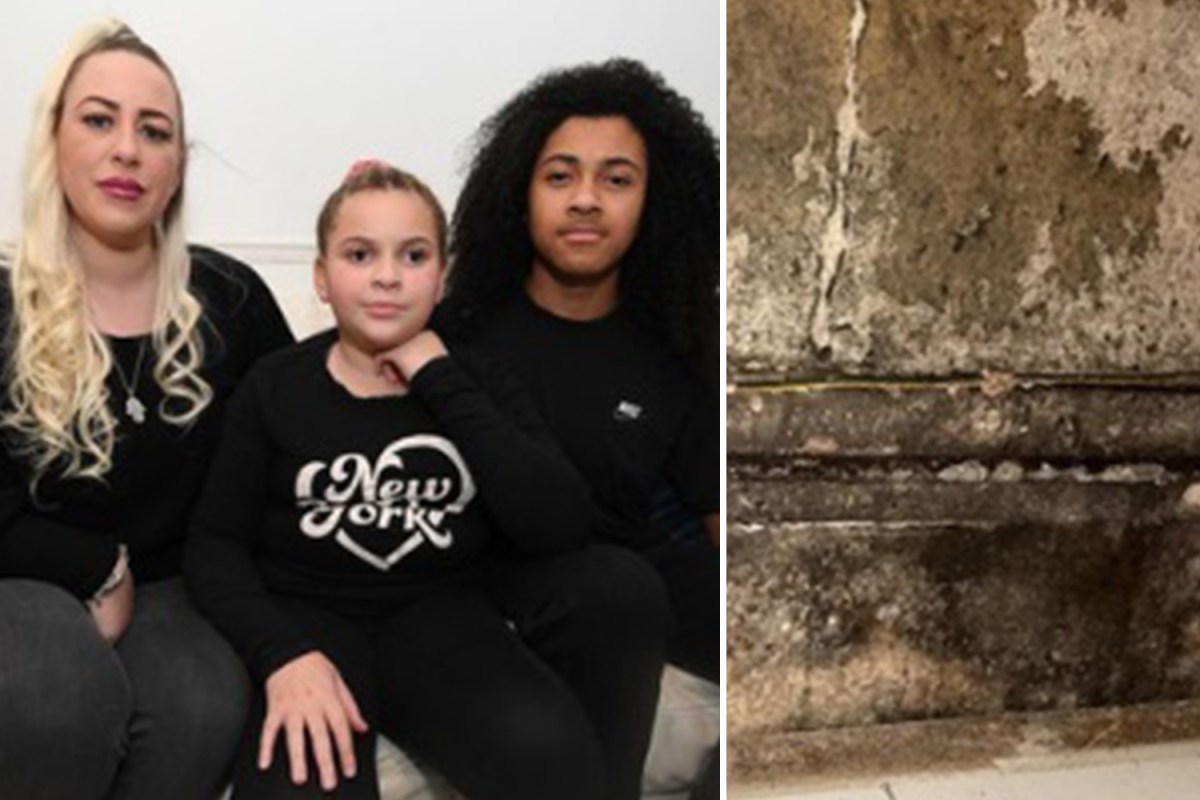 A MUM says her house is so mouldy it is causing her children to have breathing problems and chest pains.

Ashé Scott said doctors can’t explain why her son Jayden, 15, and Princess, nine, keep falling ill – and she thinks it’s to do with a mould issue in her kitchen.

The mum, 33, from Wythenshawe, Manchester, says her housing association, Wythenshawe Community Housing Group, are unable to deal with the mould-infested kitchen, despite her repeated pleas.

She claims her two children have been suffering with chest problems and breathing issues since moving into the home in 2019.

She told The Manchester Evening News (M.E.N): “It’s putting me and my family’s health at risk.”

The mum said a large amount of mould was discovered in October behind her kitchen units after she complained about a funny smell in the home.

She insists the smell of the mould seeps into everything – even plates and cups – and that she has had to “throw everything away”.

The mum said she was told by housing bosses to use bleach to wipe away the spots of dark mould – which she said have even spread into the wooden panels – but it made no difference.

She added: “It’s years and years of mould. It’s not just something that arose overnight.”

And she is becoming increasingly frustrated with her housing association, and feels as though she is “banging my head against a brick wall”.

Ashé added: “It seems like they don’t want to try and sort it out.”

A spokesperson for Wythenshawe Community Housing Group told the M.E.N: “We are continuing to work in conjunction with an independent specialist contractor to resolve this situation quickly and we are very keen to find a satisfactory solution for our customer.

“As always, the health and safety of our customers is our key priority.”