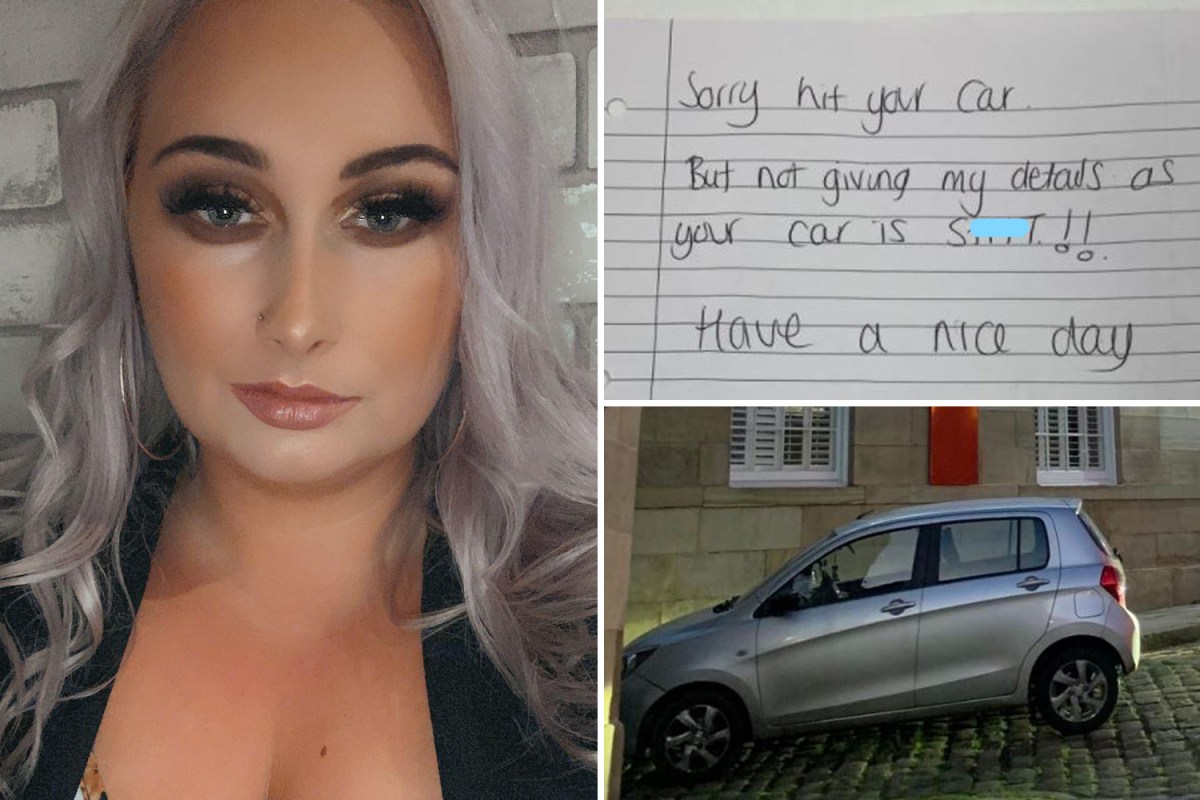 A MUM was shocked to discover a note saying a driver had hit her vehicle but they hadn’t left their details because her car was “s**t”.

Sarah Hall had parked her car at Market Place in Ramsbottom, Greater Manchester, on Tuesday morning and returned to find the rude note attached to the windscreen.

It said: “Sorry hit your car. But not giving my details as your car is s**t.”

The person who wrote it added: “Have a nice day, merry Christmas and happy new year”.

Sarah, a mum-of-two from Radcliffe, Bury, said she couldn’t see any damage to her Suzuki Celerio although she added that the mirrors had been pushed in and the window wipers pulled out, apart from the one which held the note in place.

The 30-year-old, who works at a local chemist in Ramsbottom, posted a photo of the note on Facebook in a bid to find who was responsible.

“All the mirrors were pushed in and wipers up, except the one that had the note on.”

“I don’t think the note’s genuine as I can’t see any damage,” she added. “Unless I’m that daft I can’t see it.”

Earlier this month, a driver slammed his neighbour after they left an angry note over parking an “eyesore” van outside homes that is “in everyone’s way”.

The note read: “Thank you for leaving your eyesore van outside our homes all night so we can struggle to park.

“You could park it outside yours or even across the road where no one park or at the bottom of the street out of everyone’s way. Thanks.”

In November, a driver in Australia was left fuming after residents left a rude note on his car calling him a “d***head” for his parking.

The man was visiting the rural town of Warwick in the Southern Downs region of Queensland, Australia when he discovered the brutal message.

The abusive message read: “Can you read d***head! The sign says ‘ANGLE PARKING’.”

The poster also featured an informative diagram to show the driver where he had gone wrong, alongside the words: “You inconsiderate p****!”