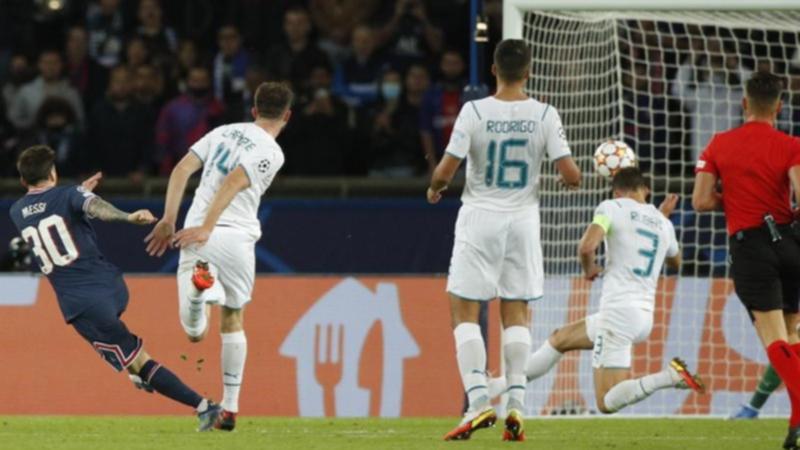 Lionel Messi’s superb strike for Paris St Germain against Manchester City has been voted the best goal in the Champions League group stages.

The strike was the 34-year-old’s first goal for PSG after joining on a free transfer due to Barcelona’s financial issues preventing them from offering him a new contract.

PSG were 1-0 up after an eighth-minute opener from midfielder Idrissa Gueye when Messi, in the 74th minute, played a neat one-two with Kylian Mbappe on the edge of the box.

The Frenchman backheeled into Messi’s path before the Argentine rifled an unstoppable left-footed effort into the top-right corner past a helpless Ederson in the City goal.

Messi garnered 22 per cent of the vote – over 200,000 were cast in UEFA’s public poll – beating out competition from Thiago Alcantara and Robert Lewandowski, who gained 14 per cent and 13 per cent, respectively.

Thiago struck a stunning volley into the bottom-right corner for Liverpool in their 2-0 win over Porto at Anfield, while Lewandowski fired in a spectacular bicycle kick in Bayern Munich’s 2-1 away victory over Dynamo Kiev.