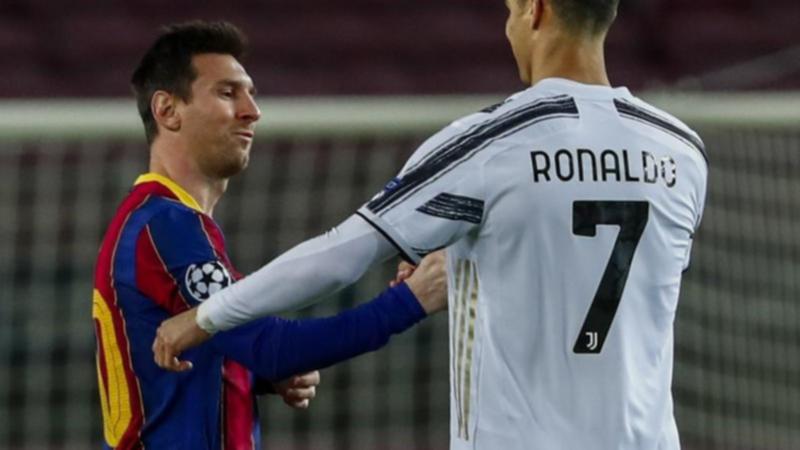 Lionel Messi has said he is impressed by Cristiano Ronaldo’s start to life back at Manchester United and retains fond memories of their “beautiful” rivalry in La Liga.

Portuguese international Ronaldo has scored nine times in 13 appearances for United since making a surprise return to the club at the end of August.

Despite that United have endured a poor campaign and sacked manager Ole Gunnar Solskjaer on Sunday.

But with less than half of the campaign played, Messi does not believe a Ronaldo-inspired United can be entirely ruled out of the Premier League title race.

“They’re a very strong team with great players,” he said. “Cristiano already knew the club, but that was in another stage and now he has adapted in an impressive way.

“From the beginning he has scored goals as always and had no problems adapting. In the Premier League, United have not been as good as we all thought.

“But it is a very difficult and even competition in which things take a lot of turns. After December it changes a lot and anything can happen.”

Messi and Ronaldo have won 11 of the last 12 Ballons d’Or between them – the exception being Luka Modric’s triumph in 2018 – in a period that has been dominated by the pair.

While Ronaldo has long since departed Real Madrid and Messi is no longer at Barcelona, the latter believes their rivalry will live long in football folklore.

“It’s been a long time since we stopped competing in the same league,” Messi said. “We competed individually and as a team for the same goals.

“It was a very beautiful period for us and also for the fans because they enjoyed it very much. It is a beautiful memory that will remain in the history of football.”

With Messi aged 34 and Ronaldo approaching his 37th birthday, the likes of Kylian Mbappe and Erling Haaland are now considered the next big talents in world football.

Messi, now a team-mate of Mbappe’s following his shock free transfer from Barca in August, is unsure whether the France forward will still a PSG player next season.

“The truth is I do not know,” he said. “Only he knows what he has in his head and what he is going to do. I can only say that I am happy that he has stayed here this year.

“He is a very important player for us and to fight for the objectives we have. He is fully focused on our goals. And then he will decide what he will do when the season is over.”

Messi’s former side Barca are seventh in La Liga. Asked if his former club’s form this season makes him sad, Messi said: “Yes, obviously. I always want the best for Barcelona. I’m a fan even though I’m not playing there now.

“And I have colleagues and friends there within the team. I want them to do well. It is true that in LaLiga they’ve dropped many points, but there is still a lot more to play for. I have no doubt that Barcelona will get themselves back up the table.”