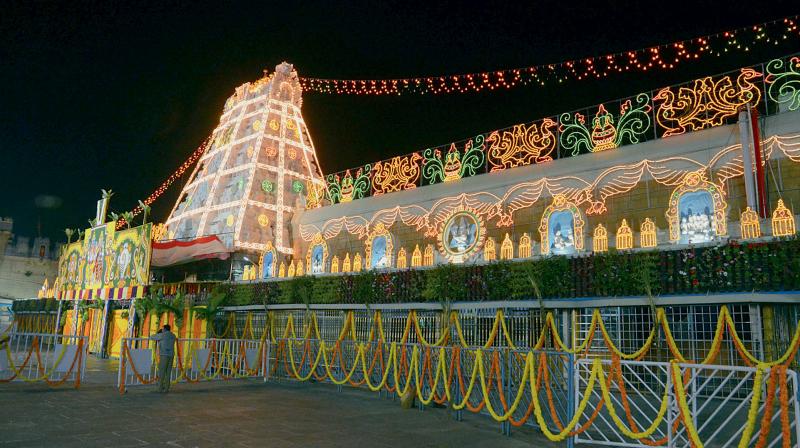 Hyderabad: Authorities will restart from Thursday counting funds and assessing valuables donated in hundis by devotees during the Medaram Sammakka and Saralamma Jatara from February 16 to February 19.

Counting of offerings made in the 497 hundis placed at various points has been going on since February 22 at the Tirumala Tirupati Devasthanams (TTD) Kalyana Mandapam near Public Garden of Hanamkonda amid tight security and under watch of CCTV cameras.

Officials gave the counting staff numbering about 300 a break on Monday and Tuesday because of Maha Shivaratri.

Until February 28, offerings made in 450 of the 497 hundis have been counted and assessed. Sources said ₹ 10.63 crore have been received so far. Cash and valuables of remaining 47 hundis will be counted from Thursday.

Offerings made during the four-day jatara from February 16–19 include notes and coins, foreign currency, and silver and gold ornaments.

Though a digital hundi had been introduced for the first time this year, it received only ₹ 3.4 lakh.

Officials say 1.35 crore devotees turned out for the Medaram jatara this year. During the previous jatara, hundi collection totalled to ₹ 11.64 crore. At that time, counting had gone on for 15 days.

Collections this year are expected to be higher.