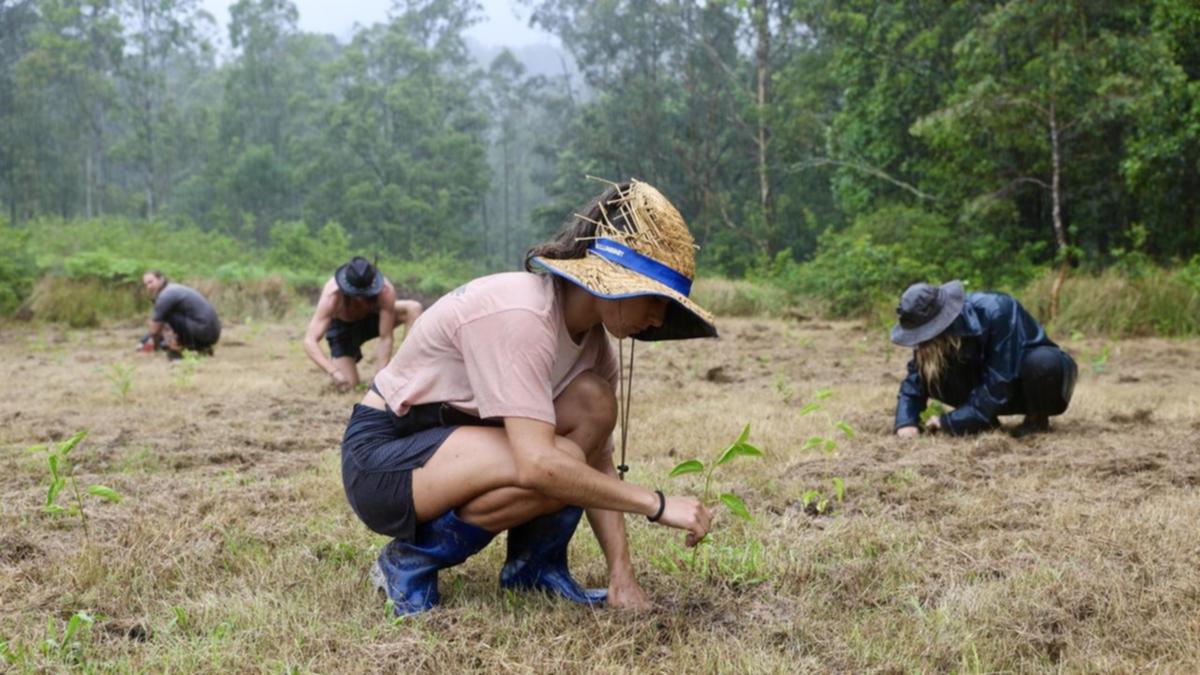 A major reforestation project is underway within one of Australia’s most bio-diverse regions, with green groups planting 26,000 rainforest and eucalypt trees on 1500 hectares of tainted bush habitat.

The master plan is the creation of what will be known as Mongo Valley Wildlife Sanctuary, a feral-free tract with enough diversity of vegetation to support a range of mammals, birds, reptiles, frogs and invertebrates.

The mass planting involved a team of 32 individuals who recently spent three full days onsite, drilling 26,000 holes, filling each with water crystals and fertiliser and bedding each tree by hand.

Aussie Ark managing director Liz Gabriel says the intention is to restore the sanctuary to its natural state from the ground up.

“The replanting of these trees is just step one for us,” she said.

“We know that by rebuilding the habitat our wildlife will have a place to call home.

“Trees play a critical role in the survival of our wildlife. They provide food and shelter for endangered wildlife. We are so proud to get 26,000 plants back in the ground.”

The team with help from Byron-Bay based group ReForest Now also managed to regenerate an additional five hectares of existing bushland removing weeds, including lantana from the choked environment.

“This project is one of the largest ReForest Now has supported and working with the team at Aussie Ark to create Mongo Valley wildlife Sanctuary is really special,” said CEO Maximo Bottaro.

“We know that by pairing our capabilities in tree planting and bush regeneration and Aussie Ark’s speciality in wildlife and rewilding, we can together make a huge impact to native Australian flora and fauna.”

It will be modelled on Aussie Ark’s existing sanctuary in the NSW Barrington Tops, which has secured the return to the area of the eastern quoll and Tasmanian devil.

Both species had been extinct on the mainland for some time but are now successfully breeding at the protected location.