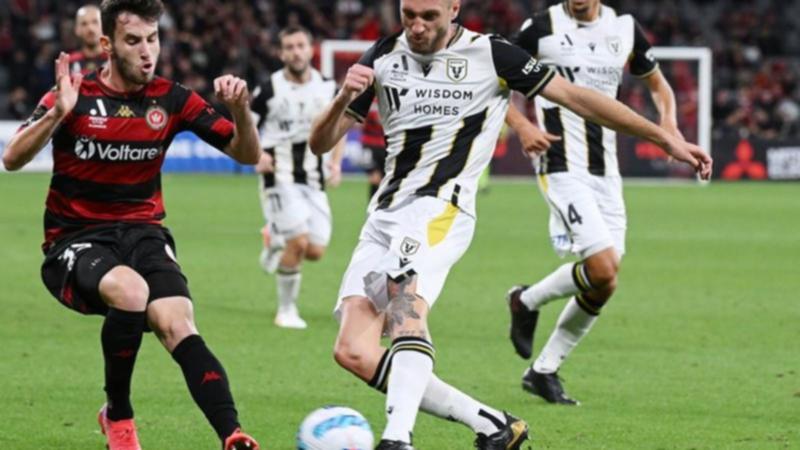 Macarthur FC defender Alexsandar Susnjar is eager to learn as much as possible playing alongside new arrival Adrian Mariappa.

Mariappa and Susnjar combined in the heart of the Bulls defence to keep a clean sheet in the 2-0 win as Macarthur continued their unbeaten start to the campaign.

The 26-year-old said Mariappa has already had an impact on him and the rest of the team following his arrival last month.

“It’s a great experience with someone that’s played at the highest level,” Susnjar told AAP.

“I’m not that young anymore but it’s definitely good to learn with him and by him, just asking questions when I’m stuck and he can always direct me in the right way.

“It’s always good to have someone playing next to you with that kind of experience.

“He came into the team two weeks after arriving in Australia and showed everyone what he’s capable of and what kind of leader he is. He definitely came in and done his part.”

The pair will face another stiff challenge this Sunday when the Bulls make their return to Campbelltown Stadium after an unsafe playing surface forced their two previous home matches to be played elsewhere.

Newcastle are the visitors, hot on the heels of their 4-0 destruction of Wellington last weekend.

But Sunday’s match is still expected to go ahead, giving Susnjar another chance to build his claims of a Socceroos recall.

Susnjar made his lone Australia appearance in a friendly against Norway in 2018 but hasn’t given up on a return to the national team, particularly after Graham Arnold’s comments earlier this week that he would be watching closely Australian-based players who are featuring regularly for their clubs.

“To get that call up would be amazing.”