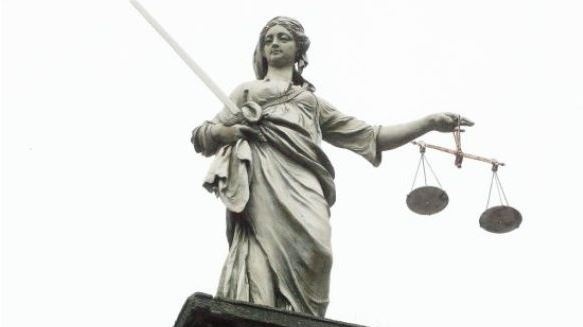 A man who sent his partner’s teenage daughter 60 text messages of a sexually explicit nature and an explicit photograph while on a long weekend overseas has received a three year suspended sentence at Cork Circuit Criminal Court.

The man, who cannot be named to protect the identity of the victim, had told the girl he would buy her drugs if she kept quiet about the explicit messages

Det Garda Donal O’Connell told the court that in September 2019 the then 16-year-old girl turned on her phone one morning as she was getting ready for school discovered dozens of sexual messages.

The 60 messages of a sexually explicit nature and a photograph had been sent to her by her mother’s partner. Some of the messages from the man included apologies for his behaviour.

The accused man, who was without previous convictions, pleaded guilty to sending sexually explicit messages by phone to the teenager and also sending her a photograph.

Det Garda O’Connell said the 36-year-old defendant was in a relationship with the mother of the victim at the time.

The messages, he said “were extremely sexually explicit. One contained a picture of his erect penis.

“In one message he said, ‘I will get you all the drugs you want’ and he said, ‘Keep it between us.’”

In her victim impact statement the young woman said that the fact that the man was under the influence of drugs was not a sufficient explanation for his behaviour.

“I think he himself believes this was the reason for his behaviour. But I believe this is in someone or it isn’t. Although I could tell from the messages that he had been under the influence when he wrote them, for me I was still thinking that this is not normal behaviour and there is no excuse,” she said.

Defence counsel Emmet Boyle, said that his client had entered a plea in the case at the earliest opportunity. The offence was characterised as a one off episode carried out over a period of 2½ hours.

The man, who is without previous convictions, has lost his job, home and access to his children arising out of the incident, the court was told. He is currently staying in a B&B and is no longer in a relationship with the mother of the victim.

Judge Helen Boyle said that the defendant had co-operated fully with gardaí. She described his plea as of being of material assistance to the court in that it saved the victim the trauma of having to give evidence.

She praised the young girl for her “eloquent” victim impact statement emphasising that the behaviour was particularly difficult as the the man was someone that the teenager thought she could trust.

“He sent sexual explicit messages whilst he was in a position of trust. It had an impact on the victim. It negatively impacted her schooling. I accept it was confined to a 2½ hour period but there was a high degree of culpability.”

Judge Boyle imposed a three year sentence in the case which she suspended in its entirety. The man will be placed on the Sex Offenders Register. He must cooperate the Probation Service and undergo any treatment that is prescribed to him. He also gave an undertaking not to breach the peace and to be of good behaviour.