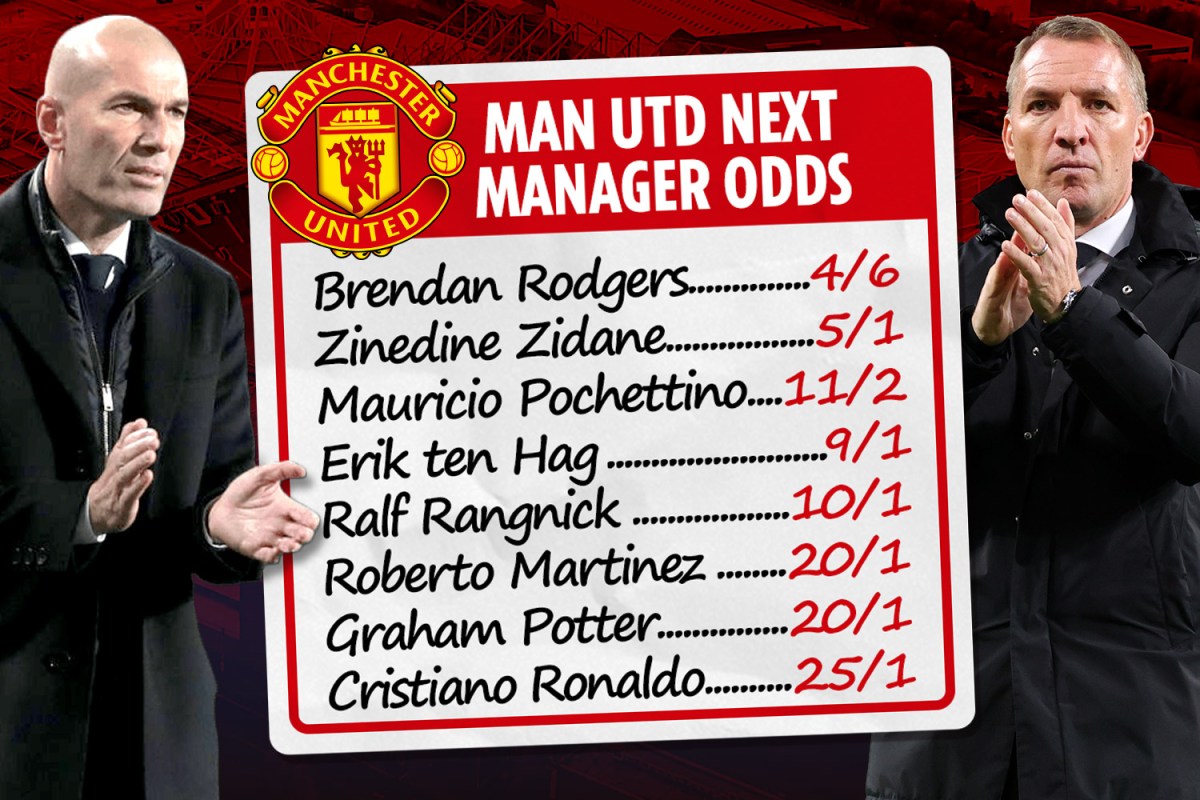 BRENDAN RODGERS is the bookies’ odds-on favourite to become the next manager at Manchester United.

The current Leicester boss is priced at 4/6 with Betfair to replace Ole Gunnar Solskjaer after the Red Devils slumped to another high-profile defeat.

In a matter of days Rodgers’ odds have been slashed from 4/1 to being the odds-on market leader.

United were outclassed by their rivals as Man City cruised to a 2-0 victory at Old Trafford.

The Norwegian tactician is odds-on with Betfair at 4/9 to be sacked.

Leaving fans searching for who could potentially be their fifth manager in the space of eight years.

Leicester have endured a slow start to the season and Manchester United may offer Rodgers an escape route if they sack Solskjaer.

It’s been reported Zidane would snub Man Utd if they approach him for the vacancy.

The Real Madrid legend is willing to wait for a chance to manage the France national team.

PSG boss Mauricio Pochettino is third in the running with Betfair after having a mixed start to life in the French capital.

The former Spurs boss is expected to bring instant success after Lionel Messi arrived to an already star-studded side.

Man Utd have reportedly been long-term admirers of Pochettino, with Sir Alex Ferguson being a fan of the Argentine.

Commercial content notice: Taking one of the bookmaker offers featured in this article may result in a payment to The Sun. 18+. T&Cs apply. Begambleaware.org

A responsible gambler is someone who:

For help with a gambling problem, call the National Gambling Helpline on 0808 8020 133 or go to www.gamstop.co.uk to be excluded from all UK-regulated gambling websites.