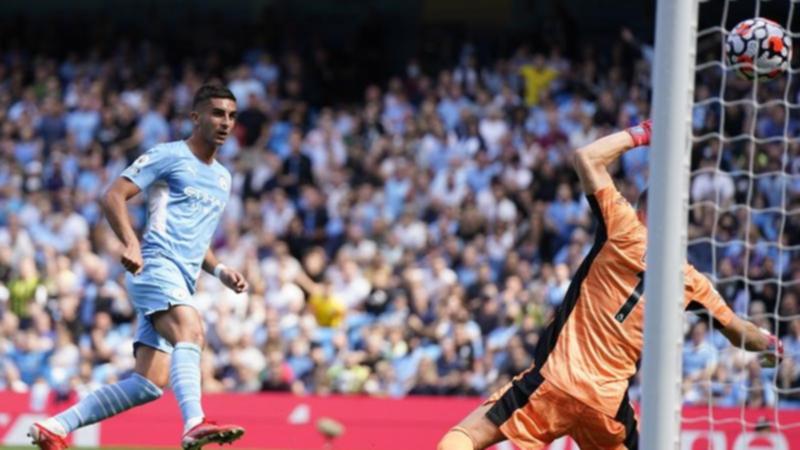 Manchester City have agreed a PS46.7million ($A86.7 million) fee with Barcelona for the sale of Ferran Torres.

The 21-year-old Spain forward is now set to move to the Nou Camp when the transfer window formally opens in January.

The deal, which is subject to the agreement of personal terms, could also be worth a further $A15.8m to City in add-ons, taking it to in excess of A$100m.

The Premier League champions feel the transfer represents good business for a player they signed for $A39m from Valencia in the summer of 2020.

City were not looking to sell, and nor is Torres thought to be unhappy at the Etihad Stadium, but he became keen on the move after learning of the Catalan giants’ interest.

Torres has scored 16 goals – including a hat-trick at Newcastle last season – in 43 appearances in all competitions for City since joining from Valencia in the summer of 2020.

He was signed primarily as a winger but has also impressed as a makeshift centre-forward in Pep Guardiola’s side.

He was part of the side that won the Premier League last season but has played just seven times this season after breaking a metatarsal while on international duty in October. He is expected to be sidelined until the new year.