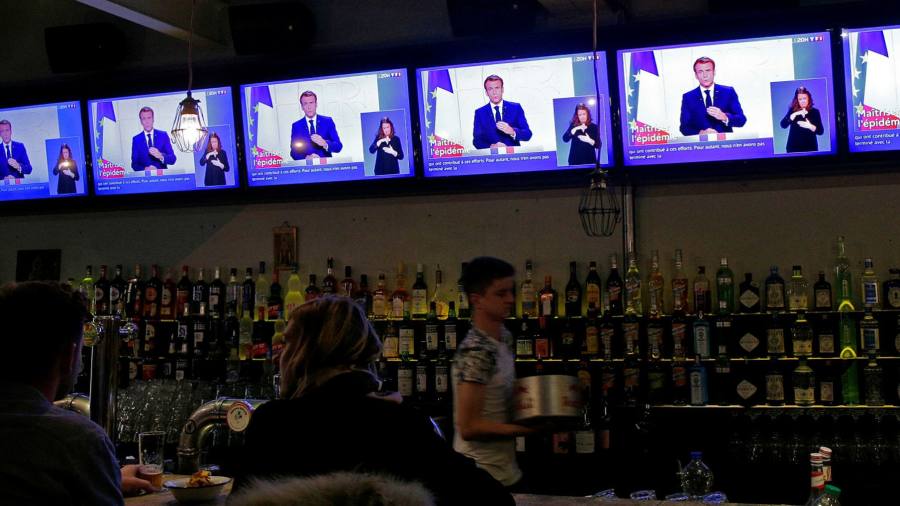 President Emmanuel Macron has announced that French over-65s will need Covid-19 booster jabs if they want to eat out or make long-distance journeys from next month, in a move that suggests all adults will eventually require a third injection against the virus if they want to continue to live normally.

In a half-hour television address to the nation — his ninth since the start of the pandemic last year — Macron said the country needed to accelerate the rollout of boosters, injections that are currently available only for the vulnerable and those aged over 65 but whose adoption by those eligible has been slow.

Anyone vaccinated more than six months previously will from December 15 need a booster to validate the “health pass” on mobile phones that is needed to get into bars, cafés and other public venues as well as to board flights. The booster rollout will meanwhile be extended to include the over-50s.

France has one of the strictest regimes for persuading its citizens to adopt the vaccine, and has fully covered over 50m people, or 87 per cent of the over-12s. Vaccinations are obligatory for health workers.

“Get vaccinated,” Macron urged the 6m French who have so far refused even one dose, noting that the unvaccinated were 11 times more likely than the vaccinated to need intensive care in hospital for Covid-19. “Get vaccinated to live normally . . . Being free in a nation such as France also means being responsible.”

Macron, who is expected to stand for re-election to the presidency in April next year, also boasted of his administration’s economic record and its programmes to protect businesses and employees from the effects of the pandemic. The size of France’s economy has returned to its pre-pandemic level and unemployment is at its lowest for nearly 15 years.

“Our economy is creating jobs as never before,” he said. “For the last four years, work has been better rewarded.”

Macron defended stricter conditions being introduced for unemployment benefits and declared that he would continue next year with controversial reforms to France’s costly, complicated and unequal pensions systems. He did not shy away from insisting that this would mean increasing the retirement age. “Work is our compass,” he said. “It’s through work that we can preserve our social model.”

He also implicitly criticised political rivals from the right who have come out against wind farms and those from the ecological left who want to stop the building of more nuclear power stations. “We will for the first time in decades relaunch the construction of nuclear reactors in our country and continue to develop renewable energies,” Macron said.