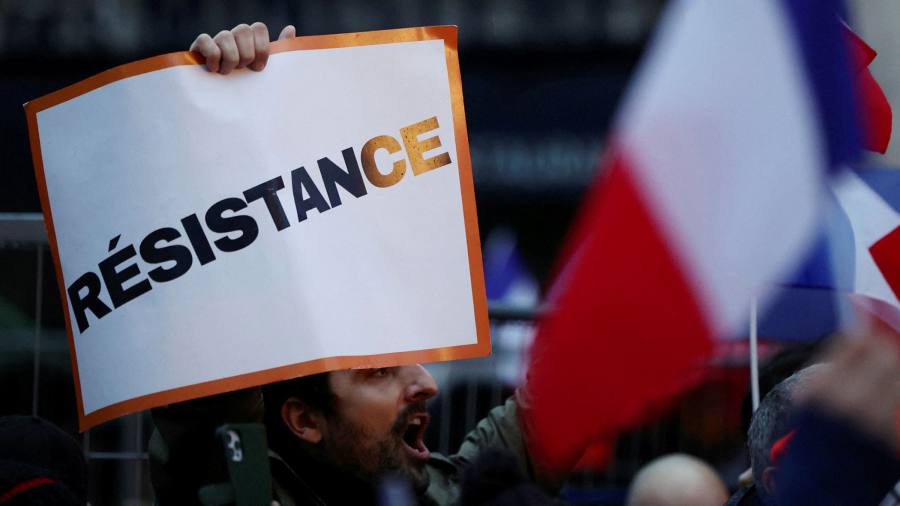 President Emmanuel Macron has come under fire from political rivals for saying he wanted to “piss off” the unvaccinated by depriving them of restaurants, cinemas and social activities to pressure them to get protected against Covid-19.

“There is a tiny minority of people who are resistant,” he said in an interview with Le Parisien newspaper published on Tuesday night.

“We can reduce that, I’m sorry to say, by pissing them off even more. I am not here to piss off the French, I complain all day long about the administration when it bugs them. But the unvaccinated, I really want to piss them off. So that’s what we will keep doing, all the way to the end. That is the strategy. I am not going to send them to prison, I am not going to vaccinate them by force,” he said.

Macron’s comments were criticised by his competitors in the upcoming presidential elections as well as by opposition lawmakers, who were debating the government’s draft law that would require proof of vaccination to access public places including restaurants, cafés and theatres. A negative Covid test will no longer suffice.

The late-night parliamentary session in the National Assembly was suspended after the opposition demanded that the prime minister come to justify the use of the expression “emmerder”, slang deriving from the French word for shit.

Far-right presidential hopeful Marine Le Pen accused Macron of abdicating his responsibility to unite the French and called his words “vulgar” and “violent”.

“It shows the president wants to declare war against a part of the French public, who I remind you, even if we do not share their choices, have broken no laws,” Le Pen said at the National Assembly.

Valérie Pécresse, the candidate for Les Républicains, said she was “outraged” by Macron’s suggestion that the unvaccinated could no longer be considered responsible citizens. Macron in the interview justified this conclusion by saying the unvaccinated were threatening the freedom of others.

“I want to value the efforts made by the French, not to humiliate those who are not vaccinated from the Elysée,” Pécresse said on CNEWS, accusing Macron of a “terrible lack of empathy”.

Green party candidate Yannick Jadot called Macron’s remarks unhelpful: “Do you think insulting people will convince them to get vaccinated?”

The episode comes as the more transmissible Omicron coronavirus variant pushed Covid infections to record highs with about 272,000 cases reported on Tuesday, making France among the worst-hit countries in Europe.

Macron’s government has bet that the booster campaign and some light-touch restrictions such as homeworking and mask-wearing will be enough to prevent hospitals from being overwhelmed. Yet hospitals have already begun to cancel non-emergency operations in the Marseille and Paris regions, and doctors admit they are rationing beds in intensive care.

About 79 per cent of the French population have been vaccinated with two doses, and 34 per cent have received a booster, according to Santé publique France, although the proportion of those who have been given a booster is much higher for older people. That leaves about 5m eligible people who have not been vaccinated, including some militant anti-vaxxers, but also adolescents, and housebound or isolated elderly people.

Before the pandemic, academic studies showed France to be one of the most vaccine-hesitant countries globally.

But Macron’s creation of a so-called health pass last summer that required proof of vaccination or a negative Covid test to access many public places has helped to push immunisation rates in France to among the highest in Europe. He now wants to turn it into a “vaccine pass”, which would mean only the vaccinated can use it.

The episode marked the return of the more combative Macron after several television interviews in December in which he sought to project more empathy. He has repeatedly made off-the-cuff remarks during his tenure that critics say come across as arrogant and scornful, such as when he told an unemployed gardener that he could easily find him a job “just by crossing the street” or when he criticised the state’s spending of “crazy money” on anti-poverty programmes.

Asked by Le Parisien if he was running for re-election, he stopped short of officially declaring his candidacy, but signalled his intentions as polls show him as the frontrunner.

“There is no false suspense. I want to,” Macron said.