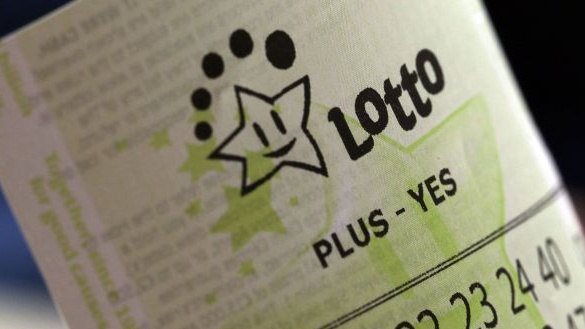 The National Lottery has used over €90 million in unclaimed prizes to promote itself in the last five years.

Under the terms of the license granted to Premier Lotteries Ireland to run the National Lottery, all unclaimed prizes must be used to fund its “promotion”, the Oireachtas finance committee heard on Wednesday.

Between 2015 and 2020, this figure totalled €90 million which committee chair John McGuinness called a “fantastic amount”.

PLI chief executive Andrew Algeo refused to disclose the company’s promotional budget, even in percentage terms, citing commercial sensitivity. He said the use of unclaimed prizes to fund promotion is monitored by the National Lottery regulator.

Mr Algeo was appearing before the committee to answer questions on how no one has one the main jackpot since early June. The current jackpot, which stands at €19 million, has been capped since October.

“Given the tickets purchased since early June, the chances are akin to rolling a die 37 times without the number six arising,” Mr Algeo said.

He announced plans to seek regulatory approval for a rule change which would allow for must-win draws after a certain period of time.

Lottery Regulator Carol Boate told the committee her office is currently examining this proposal. She told politicians that the Lottery has be run according to the rules, despite the unusually large number of rollovers, and that “statistically unlikely events are part of nature of lotteries.”

Mr Algeo refused to detail the sales figures for tickets since the rollovers started, saying that the data must first be audited. He said “sales of the lotto product have been higher normal in the last four months. I don’t think I can say anything more than that.”

The former Paddy Power executive also refused to say how much PIL has spent on promotions or advertising so far this year. Fine Gael TD Neale Richmond said it is “obvious” that advertising has increased, but Mr Algeo would not be drawn on the issue.

He said PIL has internal teams which work on advertising and marketing and that it also hires outside companies.

The use of unclaimed prizes in the promotional budget is stipulated by PIL’s licence, he said. The regulator, Ms Boate, said this is not an unusual arrangement.

Mr Algeo said advertising increases ticket sales which in turn creates money for good causes. He said the value of unclaimed prizes fell last year, from €20 million to €17 million, and that for the first time it accounted for less than two per cent of sales.

Fine Gael TD Bernard Durkan asked what protections are in place to protect people who may have a gambling problem.

Mr Algeo responded that there are “extensive protections” in place and that games “are designed with player safety in mind.”

He said advertising conforms to the Advertising Standards of Ireland (ASAI) code and PIL’s own internal code and that online spending on its products is monitored.

Mr Durkan also raised the possibility of the Lottery being “hacked” in a similar fashion to the HSE cyberattack in May.

Ms Boate said she commissioned an expert report last year into cybersecurity measures surrounding the Lottery. On receipt of this report last March, she said she was confident PIL is taking “all appropriate steps” to protect against a cyberattack.