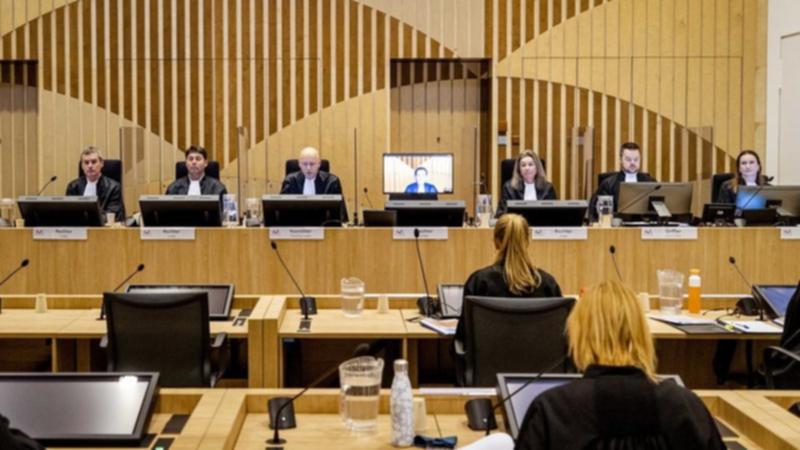 Dutch prosecutors are expected to call for long sentences against three Russians and a Ukrainian charged with shooting down a passenger jet over Ukraine in 2014, killing 298 people.

The suspects, who are all at large, face up to life imprisonment if found guilty of helping to supply a missile system that, the prosecutors say, pro-Russian separatists used to fire a rocket at Malaysia Airlines flight MH17.

The attack killed everyone on board, many of whom were Dutch nationals along with 38 from Australia. The Dutch government holds Russia responsible.

After years of collecting evidence, an international team of investigators concluded in May 2018 that the launcher used to shoot down the aircraft, which was en route from Amsterdam to Kuala Lumpur, belonged to Russia’s 53rd Anti-Aircraft Missile Brigade .

Summing up their case this week, prosecutors gave an overview of evidence they say proves the men were linked to Russian-backed rebels in eastern Ukraine and were “fully responsible” for downing the jet.

Russians Oleg Pulatov, Sergey Dubinsky and Igor Girkin and Ukrainian Leonid Kharchenko have been charged with murder and causing a plane to crash.

All have denied involvement in media interviews shown in court.

Relying on satellite images, social media posts and intercepted phone calls, prosecutors say the four men worked together to get a Buk missile system from Russia into eastern Ukraine to reinforce separatists.

In recordings played to the court, men identified by the prosecution as the suspects could be heard discussing moving “our Buk” to a field from where flight MH17 was attacked.

They then celebrated the success of “our boys” when they brought down what they mistakenly thought was a Ukrainian military plane.

The target turned out to be MH17.

Prosecutors argued that legally it made no difference that they intended to shoot a military plane. “They wanted to shoot down a plane and they succeeded,” prosecutor Thijs Berger said.

Their trial started 20 months ago. Only Pulatov has sent lawyers to represent him while the others have not cooperated with the court and are being tried in absentia.

Closing arguments from Pulatov’s lawyers are expected early next year and a verdict by the end of 2022.