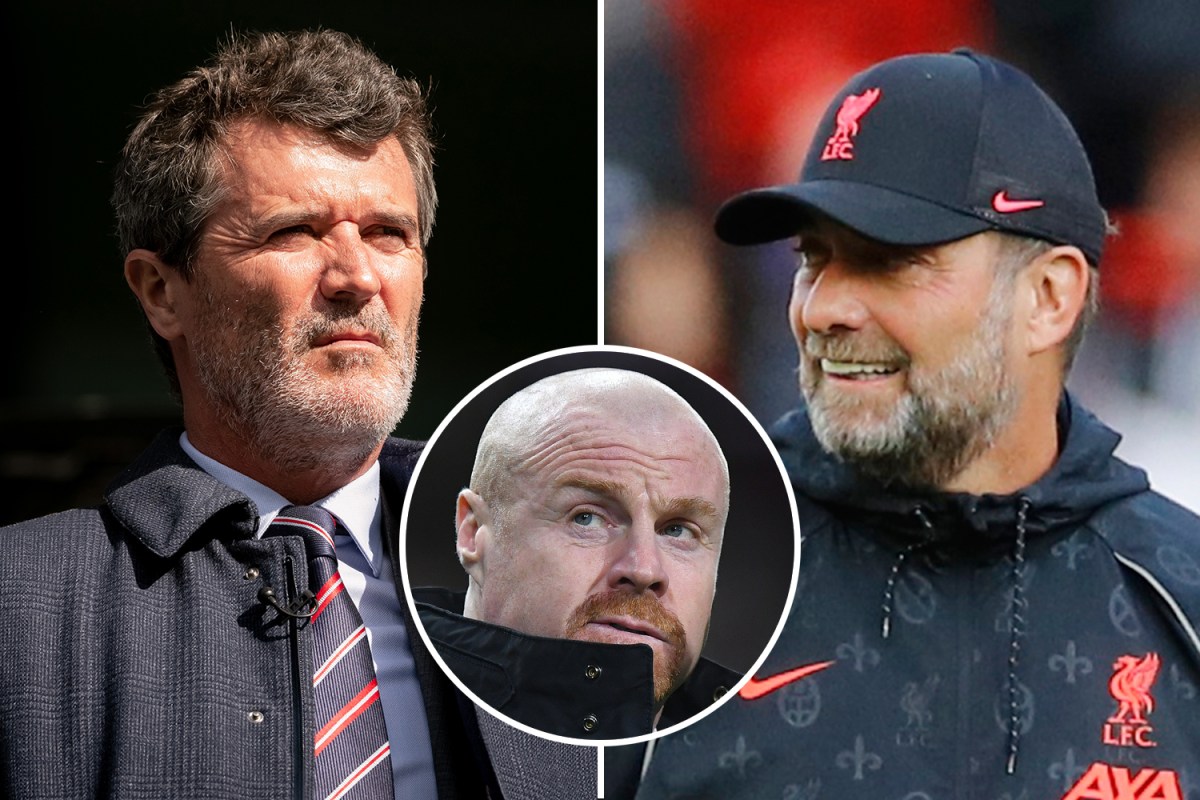 JURGEN KLOPP has declared Roy Keane would beat him if the pair ever fought inside the boxing ring.

And the Liverpool gaffer also revealed he would like to be stuck on a desert island with Burnley boss Sean Dyche during a Q&A session with Sky Sports.

Klopp, 54, was posed with a number of questions put forward by fans, including one asking him who would win in a bout inside the squared circle out of him and Manchester United legend Keane.

And the ex-Borussia Dortmund manager insisted he would have no chance against the tough-tackling Irishman.

“I think if it would be a boxing match it would not be me. With words I would say maybe I have a chance but no.

“Roy, think of the tackles he had during his career, no chance, I could never be that ruthless.”

Klopp then stated he would be better at the pre-fight trash talking, as he remarked: “Yeah, that would be cool, when you stand in front of each other.

“So his face is probably chest height or whatever, that would be the last moment when I probably impressed him and from that moment on he’s the winner.”

The former Mainz defender was also asked which two Premier League managers he would like to be marooned on a desert island with.

He commented: “That’s a horrible scenario. Only the three of us? I think I would go for Pep and Daniel Farke.

“I like Daniel a lot, he’s a really good guy, and Pep is pretty inspiring. I don’t know how he is in his private life, but he was really nice when we met.

“I think we could talk about different things, not only football.”

Klopp was then reminded by interviewer Adam Smith that he might want to find a way off the island, leading him to change his answer.

He then responded by saying: “Oh, I don’t know if any of us have any skills to get off the desert island!

“Let me think, who could be that guy? Probably Sean Dyche. He looks like he could find a way out.”