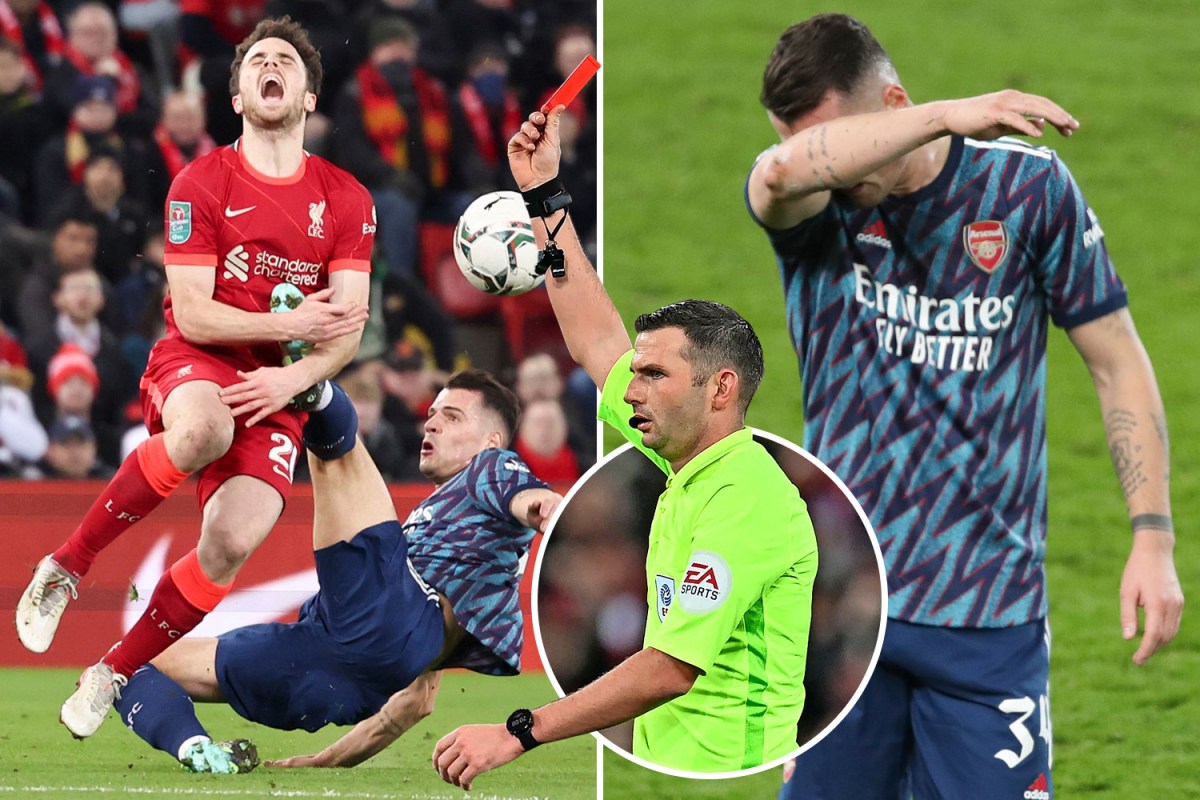 LIVERPOOL failed to find a way past ten-man Arsenal as the first leg of their Carabao Cup semi-final showdown ended in a 0-0 stalemate.

Granit Xhaka was sent off after just 24 minutes, leaving the Gunners to battle for most of the match with a man down.

But Liverpool could not find a way through and may live to regret it next week in return leg at the Emirates.

Most read in Football