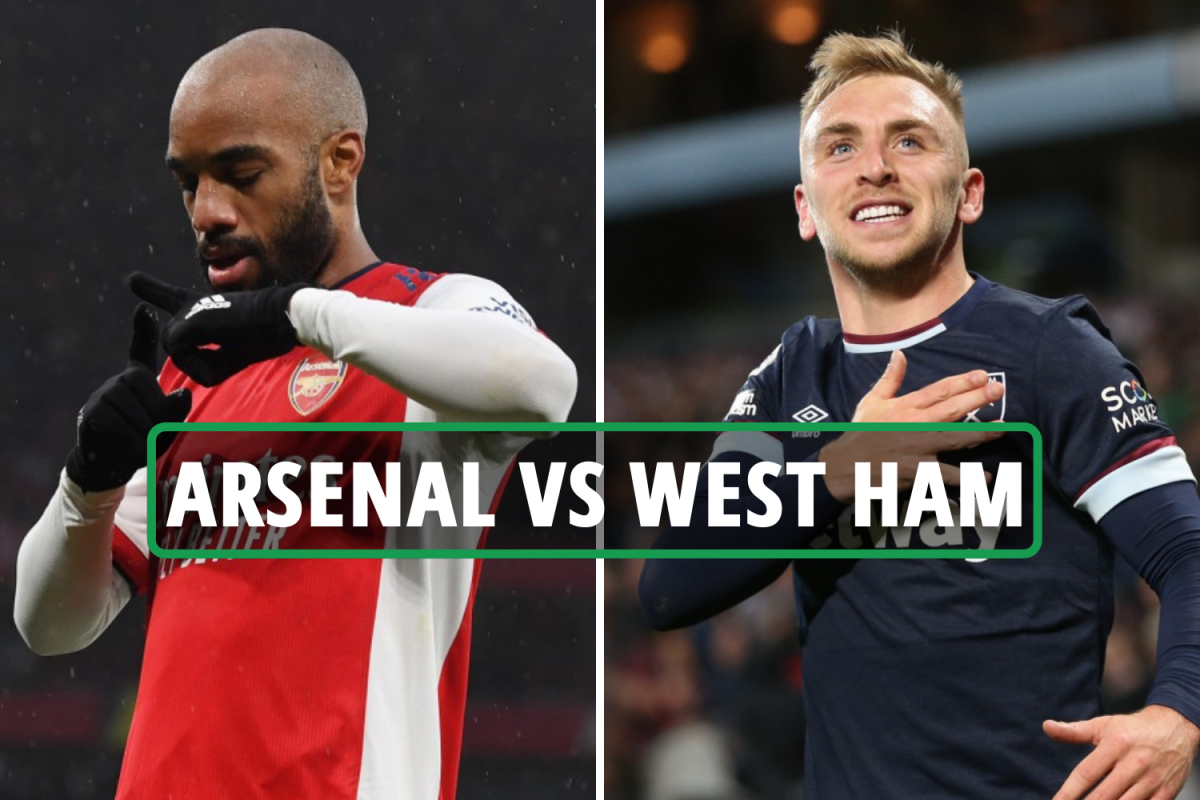 ARSENAL take on West Ham in their next Premier League clash as the Gunners look to get back on a winning run.

Mikel Arteta’s side beat Southampton 3-0 at the weekend, just days after losing a pulsating clash with Everton 2-1.

And they’ll be hoping to complete a clean sweep when they visit the Emirates in what’s sure to be a brilliant midweek Premier League match-up.

When does Arsenal vs West Ham kick-off?

What channel is it and can it be live streamed?

Can I watch for FREE?

Pierre-Emerick Aubameyang has been frozen out of the Arsenal squad INDEFINITELY by boss Mikel Arteta who also stripped him of his captaincy after disciplinary issues.

Though Emile Smith Rowe is set to return in midfield in a boost for the Gunners too.

West Ham still have a whole host of defenders on the injury table, including Kurt Zouma, Ben Johnson and Angelo Ogbonna.

But Aaron Cresswell could return, with Issa Diop and Craig Dawson likely to start as a centre-back pairing.

*Odds courtesy of Betfair and correct at time of publication.