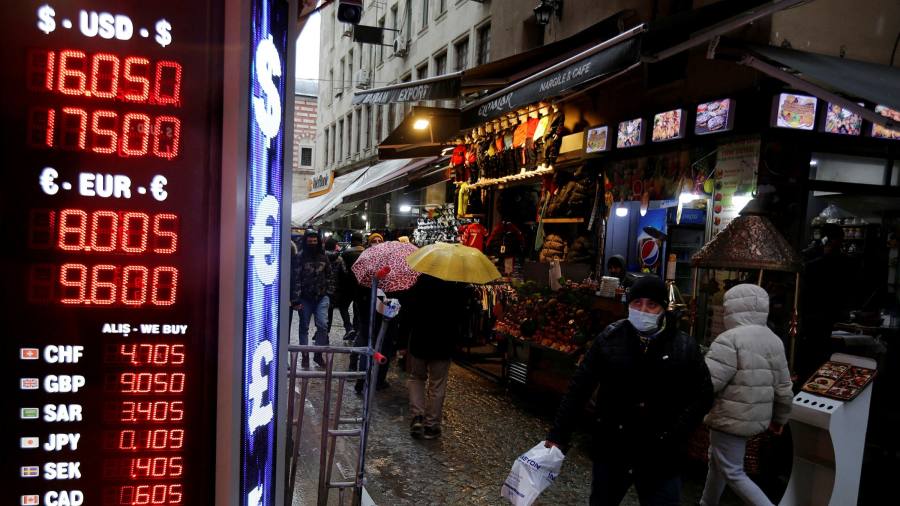 Ireland has imposed new restrictions to curb the spread of the Omicron coronavirus variant, including an 8pm curfew for pubs and restaurants until the end of January and limits on the number of people able to attend weddings and sporting events.

The controversial measures, a week before Christmas, were nonetheless less severe than had been recommended by the National Public Health Advisory Team (NPHET), which had urged hospitality venues to shut at 5pm.

Health experts say Omicron now accounts for 35 per cent of cases and was rising exponentially. On Thursday, Stephen Donnelly, health minister, said it accounted for 27 per cent.

“None of this is easy. We are all exhausted with Covid,” Taoiseach Micheál Martin said in a televised address. “But it is the reality that we are dealing with. We cannot wish it away and there is no silver bullet to fix it.”

Publicans had expressed outrage at the recommendations to close bars at 5pm.

“Christmas has been cancelled for our industry,” Donal O’Keefe, chief executive of Ireland’s Licensed Vintners Association, told RTÉ radio earlier, before the cabinet rowed back from the recommendation.

But some politicians believed the 8pm curfew could just encourage people to continue partying in private homes later.

Under the new rules, no indoor events will be allowed after 8pm. Indoor events earlier in the day will be limited to 50 per cent capacity or 1,000 people, whichever is lower. For outdoor events, attendance is 5,000 people or 50 per cent of capacity.

Weddings may still go ahead after 8pm but must be limited to 100 guests.

The government has also stepped up rules on testing and limiting the movement of people who have been in contact with someone with Covid. All people arriving will need a negative test, whatever their vaccination status.