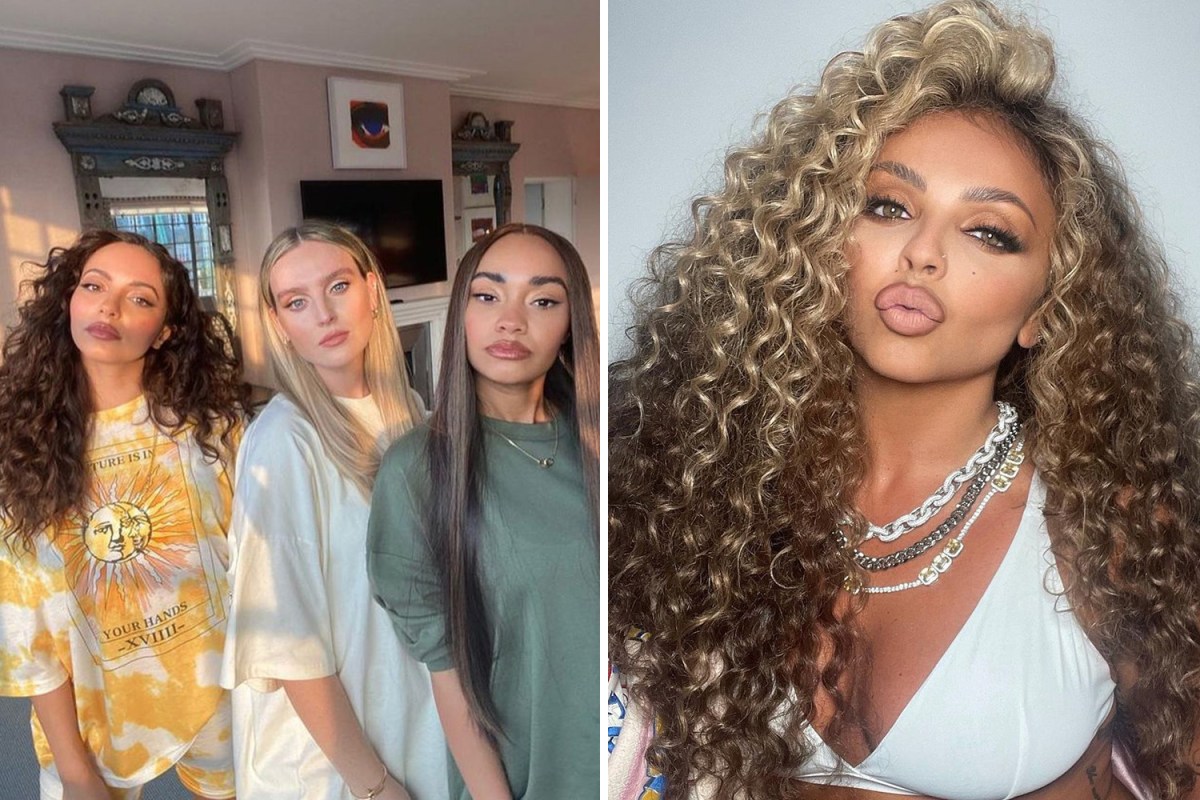 LITTLE Mix told Jesy Nelson they were concerned about her ‘blackfishing’ when she was still in the band, it has been revealed.

The 30-year-old has come under fire since going solo – with fans accusing her of stealing black culture.

Addressing the claims for the first time, Jade Thirwall told Stella magazine in a joint interview with Leigh-Anne and Perrie Edwards:

“We don’t really want to dwell, because we have so much to celebrate as a three.

“We’ve dealt with it in the best way that we know how, and got each other through it.

“We don’t want to talk about the video, or be critical, but one thing we will clarify regarding the blackfishing situation is that Jesy was approached by the group in a very friendly, educational manner.”

The Sun revealed how Jesy was warned by Leigh-Anne Pinnock not to make her skin look darker as it was offensive to black people.

The pair fell out after Jesy used dark fake tan and hairstyles to make it appear she had black heritage.

Leigh-Anne, who has Barbadian and Jamaican ancestry, warned Jesy over her look last summer while making a BBC documentary on racism.

It drove a wedge between the women, known for their hit single Shout Out To My Ex, months before Jesy quit the girl group in December.

A source said: “Leigh-Anne had a conversation with Jesy, trying to explain why she was upset and why it could be offensive. She felt she had to address it while making her racism documentary, but it apparently fell on deaf ears.

“For Jesy to now claim that it has never been mentioned to her before is really rude.

“It’s upsetting she hasn’t taken any of this on board.”

Jesy says she has only faced allegations of “blackfishing” since quitting the group.

But a source close to the band claims Little Mix’s reps also warned her about it after she sported her hair in braids three years ago.

She was accused of cultural appropriation and later deleted the Instagram image.

Jesy, who had braids in her hair in the video for her debut solo single Boyz, which came out on Friday, was quizzed about it last week.

She said she is a “white British woman” causing outrage from some fans who felt they had been led to believe she was biracial.

Asked previously about claims she is “blackfishing,” Jesy said: “The whole time I was in Little Mix I never got any of that. Then I came out of [the band] and people all of a sudden were saying it.”

Leigh-Anne and bandmates Jade Thirlwall and Perrie Edwards, both 28, unfollowed her on Instagram over the weekend after the comments.

Jesy has not spoken to the trio since December.

In leaked messages, Leigh-Anne told a fan Jesy should be called out for her alleged behaviour.