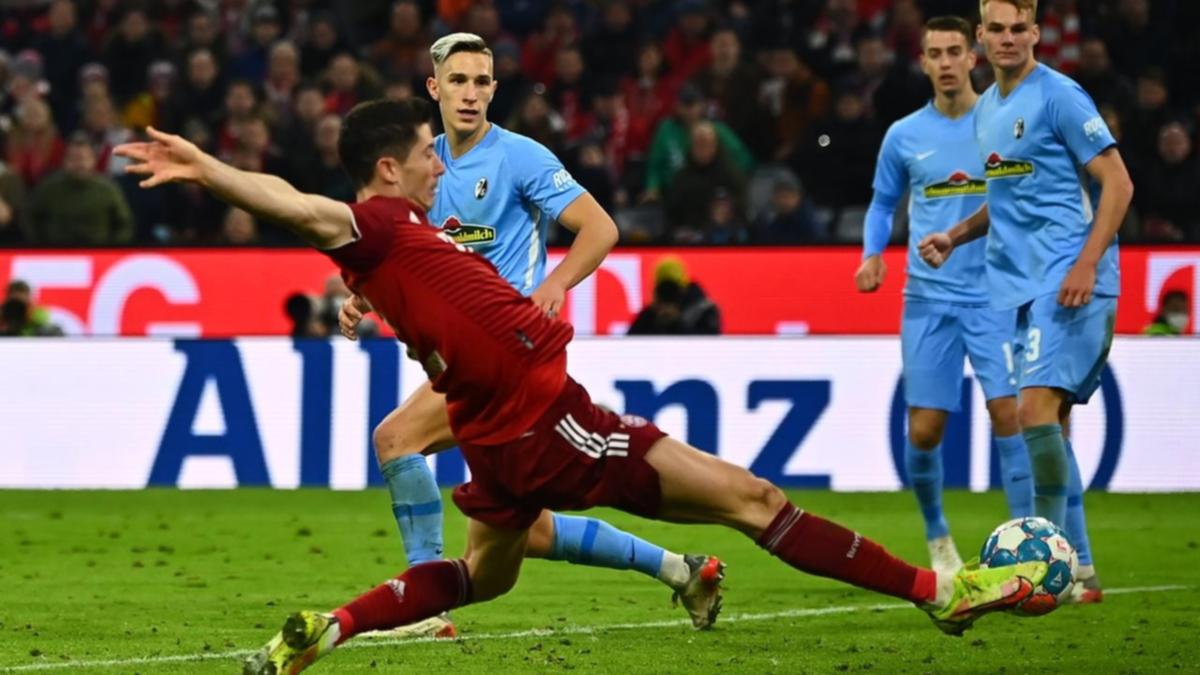 Robert Lewandowski scored his 60th goal this calendar year, for club and country, as champions Bayern Munich claimed a 2-1 home win over Freiburg in the Bundesliga on Saturday to end the visiting side’s unbeaten start to the season.

Leroy Sane and Niklas Sule spurned good chances early on before Bayern took a deserved lead in the 30th minute through Leon Goretzka, who was unselfishly played in by Thomas Mueller after Freiburg lost possession on the edge of the box.

The visitors sat deep after the break and soaked up the pressure from Bayern but almost conceded a second before the hour-mark when Goretzka struck the post with a low shot following a dummy from Sane.

Freiburg denied Goretzka again minutes later, but Lewandowski netted a second in the 75th minute with a finish from close range after some smart work down the left from Alphonso Davies.

Janik Haberer grabbed a goal for Freiburg in the third minute of stoppage time, but Bayern held on for the win.

We faced a good team. You could see how important our second goal was. Then you can also afford to concede,” Goretzka told Sky TV. “It was important to win the last game before the international break.”

Wolfsburg beat Augsburg 1-0 from striker Lukas Nmecha, who has been nominated into the German national team for the first time; and Arminia Bielefeld claimed a first season win 1-0 at VfB Stuttgart thanks to Masaya Okugawa.

Bochum beat Hoffenheim 2-0 from Soma Novothny and Milos Pantovic’s stoppage-time shot into the empty net from his own half. Bochum goalkeeper Manuel Riemann earlier hit a penalty over the bar, the spot-kick awarded after Florian Grillitsch pushed down Pantovic off the ball while it was still in play.