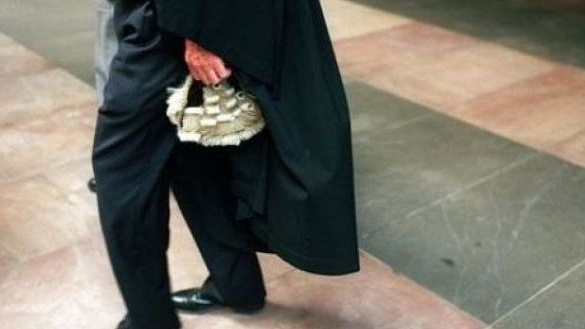 Michael Bowman SC is the most in-demand criminal defence lawyer in the country and last year on average earned €13,309 per week in criminal legal aid payments for his defence work in the courts.

During 2021, Mr Bowman represented Deirdre Morley (44) of Parson’s Court, Newcastle, Dublin who was last May found not guilty by reason of insanity of murdering her three young children, Conor McGinley (9) and Darragh McGinley (7), and Carla McGinley (3) in her home in January 2020.

Mr Bowman also represented Darren Redmond (27), from Caledon Road, East Wall, Dublin who received a prison term of 18 years with the last three years suspended for his role in the abduction and causing serious harm to businessman, Kevin Tunney.

The new figures show that solicitors and barristers on the legal aid scheme last year received payments totalled €68.18 million — an increase of 18.7per cent on the €57.42m paid out in 2020.

The detailed breakdown shows that the only other two barristers to receive in excess of €500,000 last year — Patrick Dwyer SC who received €599,488 and Keith Spencer BL who received €550,001.

The only other two solicitors to receive in excess of €500,000 are Dublin based solicitor, Michael Hennessy who received €683,602 and Aonghus McCarthy who received €591,304.

Under the Criminal Legal Aid Scheme, senior barristers command ‘brief’ fees of €7,127 for defending murder accused in the Central Criminal Court and €1,562 for each subsequent day after the first day.

The spokeswoman said that there was an under-spend of €3.1 million in 2020 and the processing of claims from 2020 were delayed owing to COVID restrictions in the offices of the Courts Service.

Dublin based solicitor, Michael Hennessy said recently: “Solicitors and barristers were essential workers throughout the pandemic and provided daily legal services despite lockdown and at a rate of pay which was reduced by 40 per cent during austerity and which has remained at that level since.”

Mr Hennessy said: “Where there was a no-fault backlog from 2020, with new cases inevitably arising in 2021 and in consideration of the work put in by the lawyers, any ostensible spike in payments is more apparent than it is real.”

A number of barristers protested this week at the Courts of criminal Justice over the level of fees paid to them under the criminal legal aid scheme.