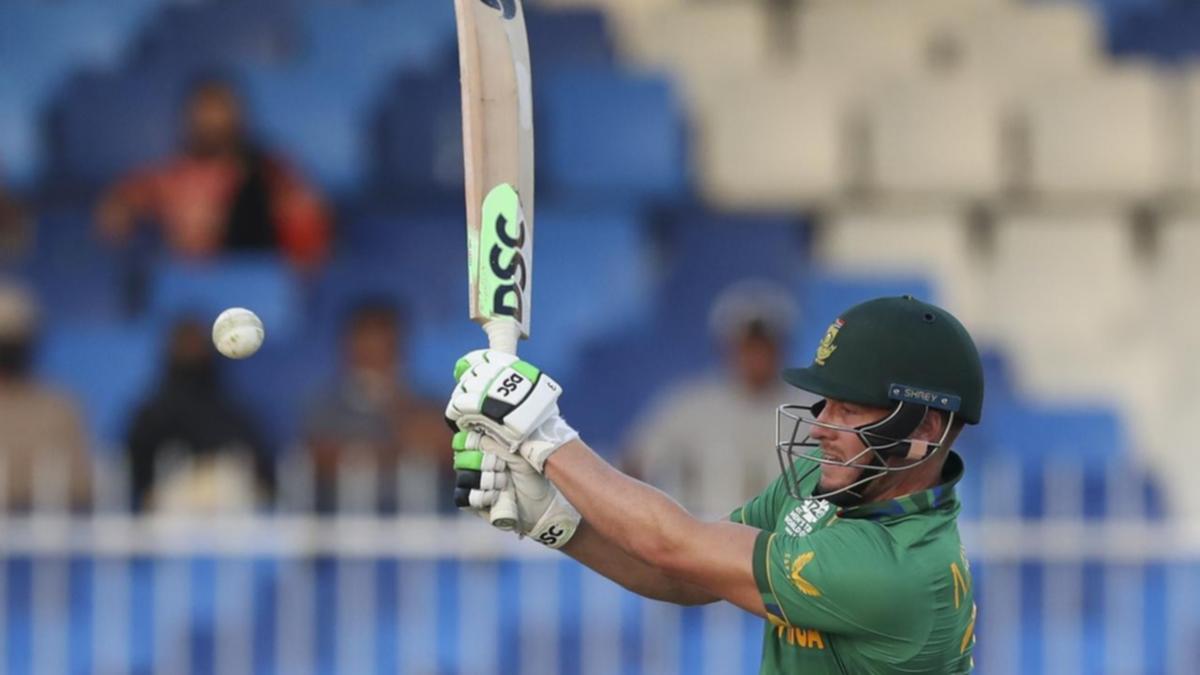 David Miller has struck two consecutive sixes in the final over to help South Africa edge Sri Lanka by four wickets in a thrilling but low-scoring Twenty20 World Cup match in Sharjah on Saturday.

Needing 15 in the last over for their second Super 12 win, left-hander Miller deposited the second and third balls from paceman Lahiru Kumara over the legside boundary to help South Africa chase down a 143-run target with one ball to spare.

Kagiso Rabada also hit a six and a four in an unbeaten 13 off seven balls, giving able support to Miller, who smashed 23 off 13 balls.

The duo got together with South Africa looking all at sea in their chase after Sri Lanka leg-spinner Wanindu Hasaranga completed a hat-trick across two overs.

The 24-year-old Hasaranga dismissed Aiden Markram on the final ball of his third over and returned for his last over to send back South Africa captain Temba Bavuma, who top-scored for his side with 46, and Dwaine Pretorius for the hat-trick.

South Africa welcomed Quinton de Kock back to the side after the wicketkeeper-batter skipped the win against West Indies after opposing taking a knee in support of the “Black Lives Matter” movement.

De Kock took a knee, but did not last long at the crease, making 12. Along with opening partner Reeza Hendricks he was out to fast bowler Dushmantha Chameera in a double blow for South Africa in the fourth over.

Earlier, left-arm spinner Tabraiz Shamsi and all-rounder Pretorius picked up three wickets each as Sri Lanka were bundled out for 142 on the final delivery of their innings after they were put in to bat.

Opener Pathum Nissanka played the anchor’s role before opening his shoulders to lift the scoring rate during his 58-ball knock of 72.

Nissanka added 41 during a brisk second-wicket stand with Charith Asalanka but the latter’s run-out after a 14-ball 21 pegged back the island nation.

Shamsi, the top-ranked bowler in the format, then spun a web around the Sri Lanka batters, sending back Bhanuka Rajapaksa, Avishka Fernando and Wanindu Hasaranga to reduce them to 91-5.

Pretorius then carved through the middle and lower-order batting, picking up three wickets including that of Nissanka, to restrict them.