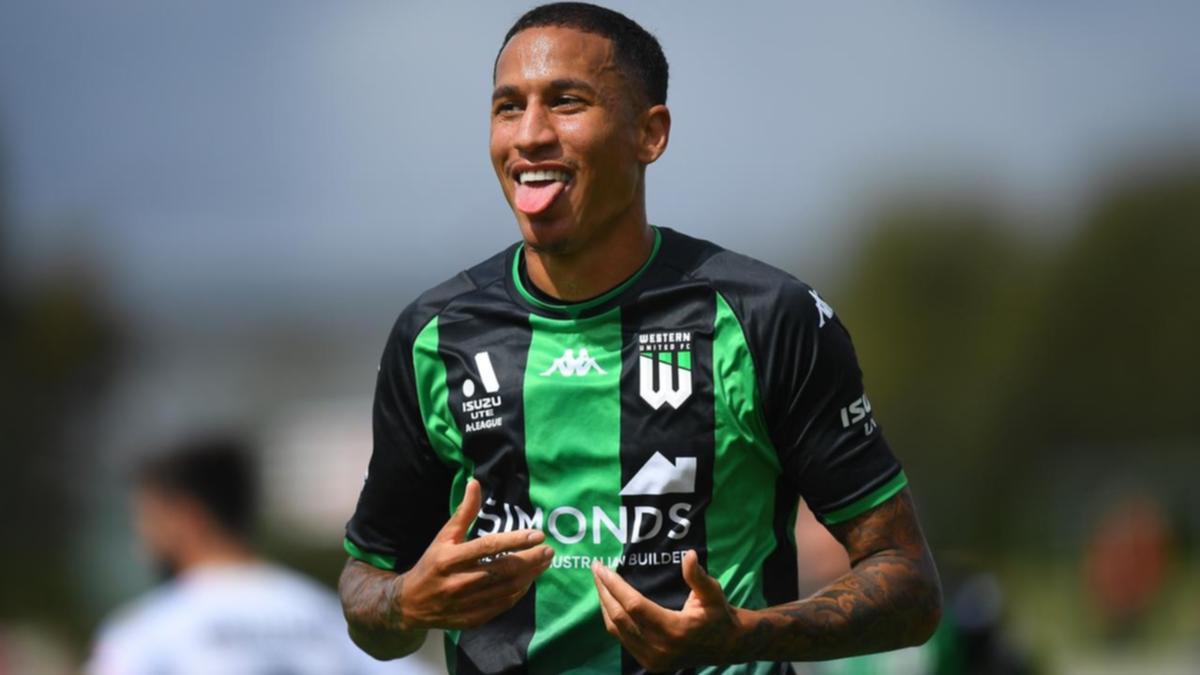 Leo Lacroix has been integral to his side’s defensive efforts this season but in Western United’s 2-1 win over Newcastle Jets on Saturday afternoon, he also proved he can be a match-winner.

The Swiss defender’s first and second-ever goals for United proved enough for John Aloisi’s unit to take all three points at Ballarat’s Eureka Stadium, although they had to survive a late scare to do so.

Lacroix opened the scoring for his side in the 16th minute when he darted in front of a pack of Jet defenders to head a Ben Garuccio corner beyond keeper Jack Duncan.

It was the first goal that the 30-year-old had scored since he netted against Duisburg while playing for Hamburger in Germany’s 2. Bundesliga.

Staying up after the Jets initially cleared another Garuccio corner, he was waiting to head home again when the ball was sent back in and defender Matthew Jurman popped the ball up in an attempt to clear.

Now three points clear of Melbourne City at the top of the ALM table with a game in hand, and ten clear of third-placed Macarthur FC, the victory stretched United’s club-record run of games without defeat to eight.

The loss, meanwhile, prevented the Jets from moving into the top six for the first time this season.

Their normally fluid attack initially bogged down against the league’s best defence, the Jets beginning a late push in the 81st minute when Dylan Murnane knocked Daniel Penha’s cross back across the face of goal for Angus Thurgate to tap in.

Eli Babalj then threatened with an 88th-minute header, but United held out.

Arthur Papas’ side will look to rebound against Wellington on Wednesday evening, while United travels to face Sydney FC next Friday.