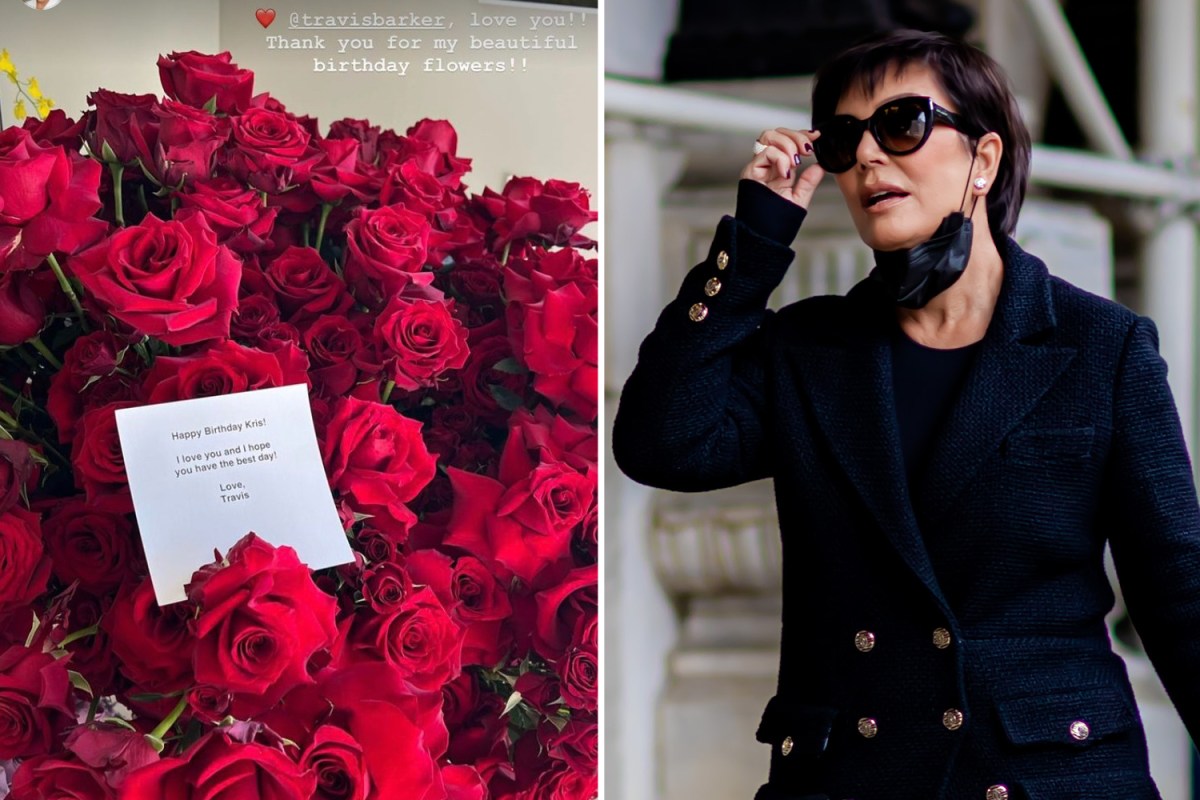 KRIS Jenner was ripped as “twisted” as she shared various photos of her birthday flowers amid Travis Scott’s Astroworld tragedy.

The country was shocked after eight people died at the rapper’s Astroworld Festival in Houston.

Kris has been taking to her Instagram Stories for hours and posting snaps of all the flowers she received on her 66th birthday.

Travis Barker, who is engaged to be married to Kris’ daughter Kourtney, sent her a bouquet of roses and wrote: “… Love you and hope you have the best day!”

Kris responded in the Story: “Travis, love you! Thank you for my beautiful birthday flowers!”

Makeup artist and YouTuber James Charles also sent the reality star flowers, as did her daughters Kim and Khloe.

However, fans were not happy at all by the numerous Stories, as they were quick to take to Twitter to react.

One person wrote: “Is this family really that disconnected from reality? I feel uneasy about the contrast between Kris Jenner showing off her birthday roses and the current situation in Houston…”

Another wrote: “There’s something really twisted with Kris just posting all her birthday flowers today.”

While one chimed in: “…Little tacky and off point when Kris Jenner updates her insta story with individual thank you pics to all the birthday flowers from her loved ones.

“You could have sent a note- your birthday was the day of the tragedy… Not important.”

One person even wrote: “That’s bad press, Kris. Yikes. How you going to fix this one?”

The Keeping Up With the Kardashians alum celebrated her birthday with a karaoke bash, while Kylie and Kendall Jenner attended Travis’ concert.

50,000 people showed up for the two-day event, however, officials in Texas said the crowd began to “compress towards the front of the stage” at around 9:15 pm, sparking panic.

Houston Fire Chief Samuel Peña said recently: “We had at least eight confirmed fatalities today. We had scores of individuals injured at this event.”

He added that a “mass casualty incident” was triggered at 9:38 pm and investigations are ongoing.

Event organizers announced on Saturday, November 6 that the festival was canceled.

Rapper Travis would respond to the devastating event on his social media and said: “I am absolutely devastated by what took place last night.

Travis’ baby mama Kylie, who is pregnant with their second child, would also take to her Instagram Stories and react, claiming she did not know people had died at the concert until after the show.

She said in a statement: “Travis and I are broken and devastated.

“My thoughts and prayers are with all who lost their lives, were injured or affected in anyway by yesterday’s events.

“I want to make it clear we weren’t aware of any fatalities until the news came out after the show and in no world would have continued filming or performing.”

The makeup mogul’s response came after an insider exclusively told The Sun Kylie and Kendall, 26, “walked past bodies as they were escorted out of the event…”