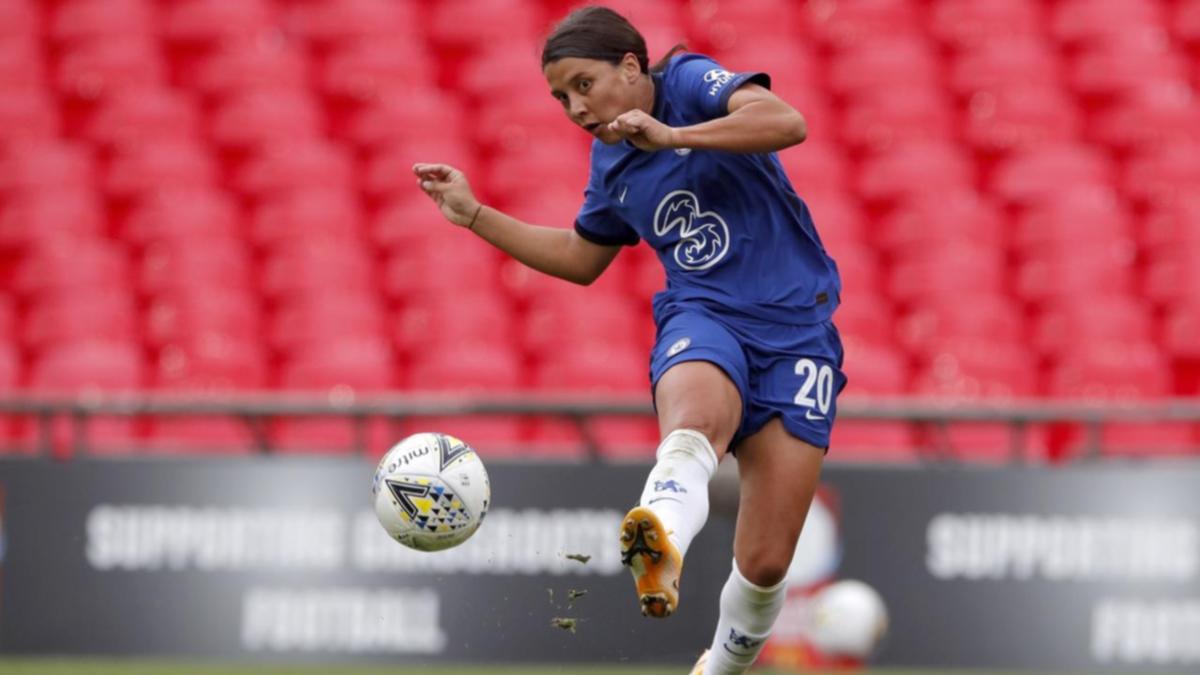 Chelsea have crashed out of the Women’s Champions League, slumping to a dismal 4-0 loss in their final Group A game at Wolfsburg.

Last year’s runners-up needed only to avoid defeat to advance to the knockout stages but produced a surprisingly below-par performance.

Matilda Sam Kerr’s effort, when she hit the crossbar in the first half coupled with a looping second-half header from Aniek Nouwen that also struck the woodwork, were the closest the London club got to scoring.

The heavy reverse, coupled with Juventus’ 4-0 victory over Servette, saw them slip to third in the table.

Wolfsburg, Juve and Chelsea all finished level on 11 points but it was the Germans, after Svenja Huth and Tabea Wassmuth scored two apiece in an impressive display at the AOK Stadium, who leapt to the top.

Pernille Harder had an early chance for the Blues as she burst into penalty area and shot over but the English side, without Ann-Katrin Berger and Drew Spence after positive coronavirus tests, were soon on the back foot.

Wolfsburg played as if they had nothing to lose and captain Huth forced a save from Zecira Musovic before Lena Oberdorf shot narrowly wide. Felicitas Rauch also made Musovic save.

The opening goal came after 16 minutes. Musovic managed to parry a ball across the box by Shanice Van de Sanden but Huth snapped up the rebound.

The hosts doubled their lead seven minutes later as Wassmuth broke down the left and crossed for Huth to tuck in at the far post.

Manager Emma Hayes made a change before the break and sent on Ji So-yun, who immediately forced another save from Schult.

Chelsea’s hopes of getting back into the game suffered a blow early in the second half when skipper Magdalena Eriksson was forced off injured.

The visitors did not give up and threw players forward in search of goals but they were caught out on the hour as Huth teed up Wassmuth for Wolfsburg’s third.

Aniek Nouwen hit the woodwork with a looping header for Chelsea but there was no way back and Wassmuth wrapped up the scoring with a ferocious strike after 78 minutes.