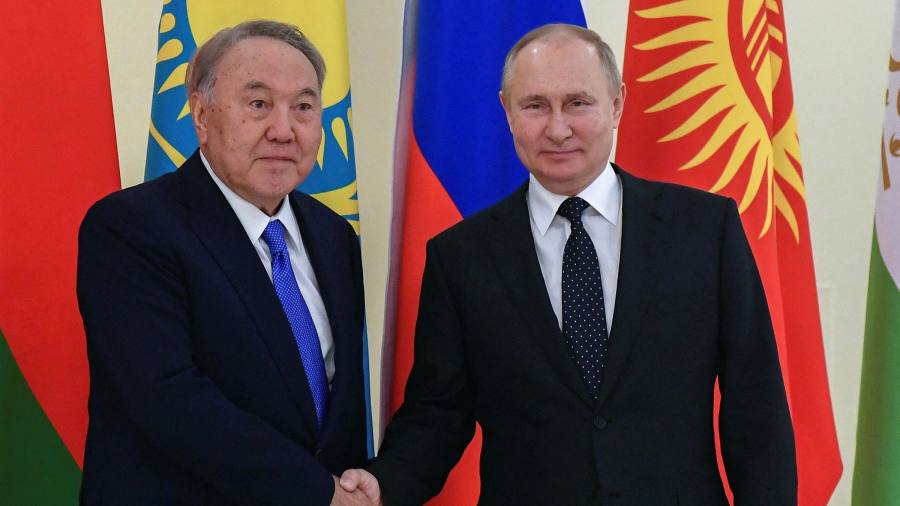 It was not much more than a week ago that it appeared Vladimir Putin once again had the west cornered.

With more than 100,000 troops amassed on the Ukrainian border and a list of security demands nearly as robust, the Russian president had forced the White House and Nato into negotiations over issues that should be considered settled history, such as the right of countries in the former Soviet sphere to join the Atlantic alliance. The alternative, it seemed, was war.

But the popular uprising in Kazakhstan now under way has revealed yet again that Putin’s aggression in the region does not always spring from a position of strength.

Russian propaganda will blame foreign operatives for the sudden outbreak of demonstrations across the central Asian steppe. Kazakh leaders have already welcomed armed Russian help, citing “external meddling”. But the fear in the Kremlin is just the opposite: that the Kazakh protests are the latest sign that citizens who have lived for decades under stultifying autocracies will eventually take no more.

“It is absolutely not in Putin’s interest to have this blow up in his backyard when he’s in the middle of a showdown with Nato,” said Eugene Rumer, who handled Russian and Eurasian issues at the US national intelligence council.

It is no accident that Putin chose brinkmanship over Ukraine in the months following a similar popular revolt in Belarus, where opposition leaders came close to toppling the regime of strongman Alexander Lukashenko after Europe’s last dictator rigged national elections against his rival, political neophyte Sviatlana Tsikhanouskaya.

The Belarusian protesters, like their Kazakh counterparts, raised the spectre of the “coloured revolutions” of the early 2000s that tipped Ukraine and Georgia into the western camp, where they actively sought Nato and EU membership.

In addition to giving Lukashenko a green light for a brutal crackdown on peaceful demonstrations, Putin escalated his campaign of suppression at home, shutting down Russia’s most prominent civil rights group, Memorial, just before the end of the year.

Amid Putin’s sabre-rattling, it is easy to forget that his Ukrainian gambit could be the product of his weakness, not strength. And the Kazakhs have reminded the world just how weak Putin’s grip may well be.

“This puts a lie to Putin’s claims that [the Ukraine stand-off] is all about Nato and western provocation,” said Ivo Daalder, a former US ambassador to Nato. “It’s all about his not being able to stand an independent democracy next to him.”

Peter Spiegel is the FT’s US managing editor